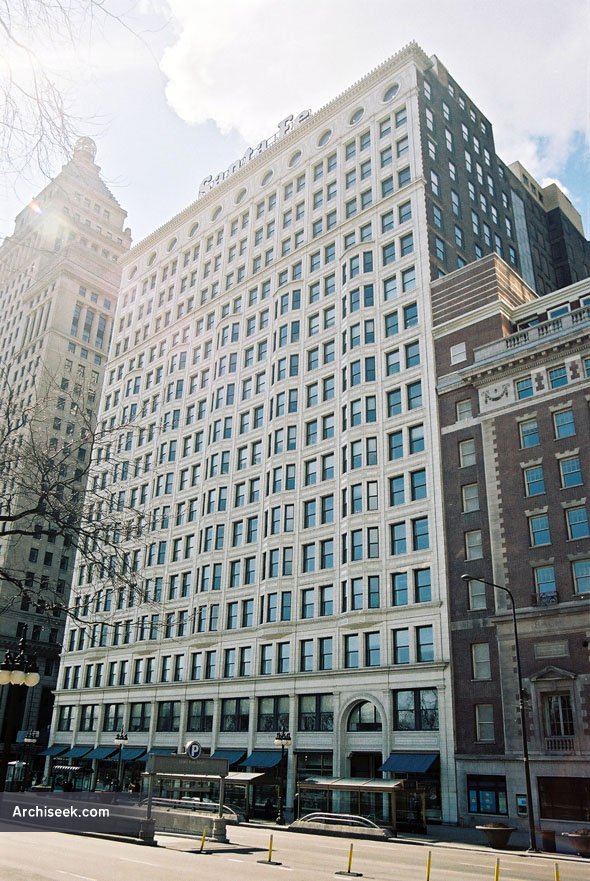 Designed in the “Chicago school”, the Santa Fe Building is now the headquarters of the Chicago Architecture Foundation. In the 1980s the lightwell through the centre of the building was closed off with a large skylight. Skidmore, Owings & Merrill, the best known firm for skyscrapers is based in this building.

The “Chicago School of Architecture” was a style which arose during the building boom after the Chicago Fire. The style is a major step in the direction towards simplified modern architecture. In many buildings the facade depicts nothing more than the rectangular steel grid underneath. Some buildings incorporated many historical styles but overall the ornament is subordinated to the structural scheme – it is applied rather than structural. Buildings in this style were built in various cities, mostly in the Midwest – Winnipeg in Canada, has an entire area of warehouses and commercial buildings influenced by Chicago. Its influence was very strong in industrial architecture, and many early factories and warehouses fall into this category of design.