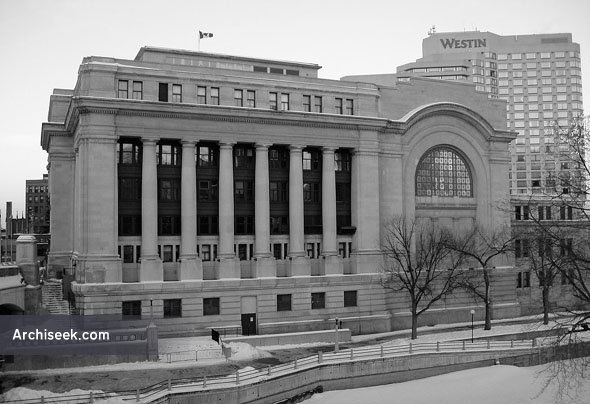 The Government Conference Centre was originally constructed as Ottawa Union Station between 1909 and 1912 to the designs of architects Ross & MacFarlane, based on original plans by architect Bradford Lee Gilbert. The building’s design reflects the Beaux-Arts tradition, firmly established at the time as the favoured building type, although relatively unusual for Ottawa.

The building served as the central railway station for the City of Ottawa until the 1960s. With the removal of the railway lines from the city centre, the building became vacant and was eventually converted to a conference centre by the Government of Canada. As the Government Conference Centre, it has been the site of many political and cultural discussions and negotiations, including the repatriation of Canada’s Constitution.