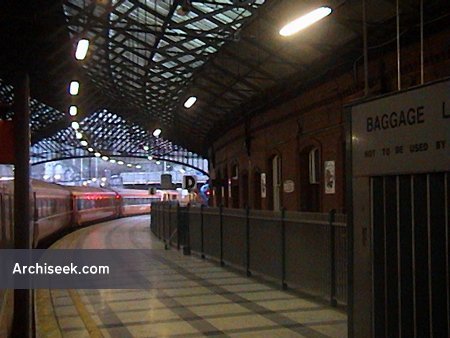 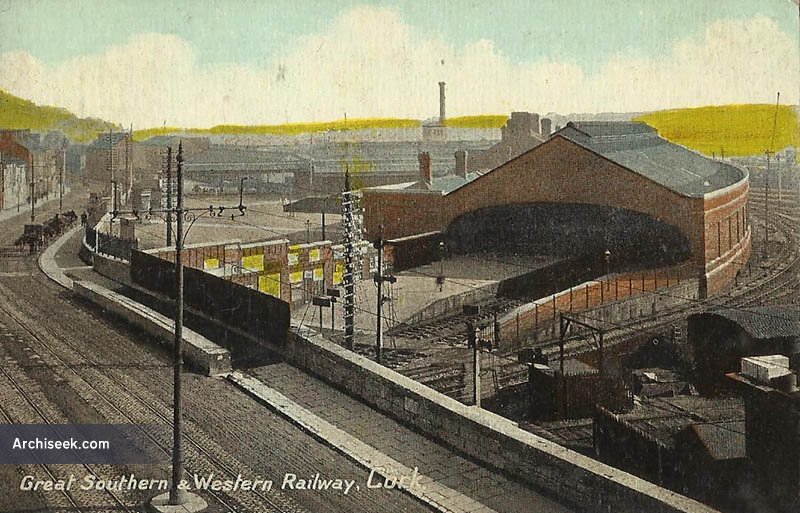 The second station on this site, the original station was designed by John Benson and remains, although much altered, to the west of the existing building. Externally it was intended to have a classical portico on a nine bay central projection with five bays either side terminating with triumphal arches. This was never built and a much truncated version of Benson’s design was completed.

In 1893 it was intended to link together the Cobh and Dublin lines, and a new station was built alongside. Externally unremarkable, it features a wide curving railway shed behind.