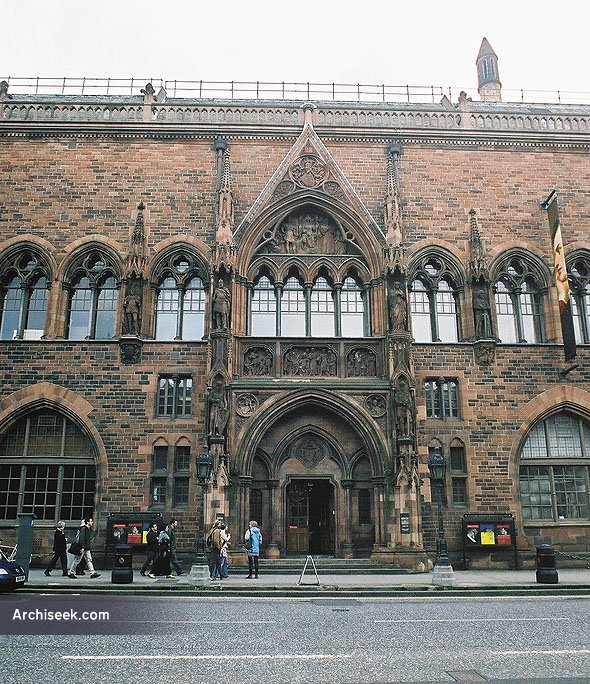 The building mixes Italian and Gothic styles and was constructed between 1885 and 1890 by Sir Robert Rowand Anderson (1834-1921) as the National Museum of Antiquities. It is constructed from red Dumfries-shire sandstone and the facade is decorated by statues of famous Scots. The building and museum were a gift to the nation from John Richie Findlay (1824-98), owner of the Scotsman newspaper, who donated £50,000 for its construction. The National Museum of Antiquities shared the building with the Portrait Gallery until its collection was relocated to the new Museum of Scotland in Chambers Street in 1999.

The interior has a magnificent hallway with a gallery at first floor level with gothic arches and decorative painted friezes.