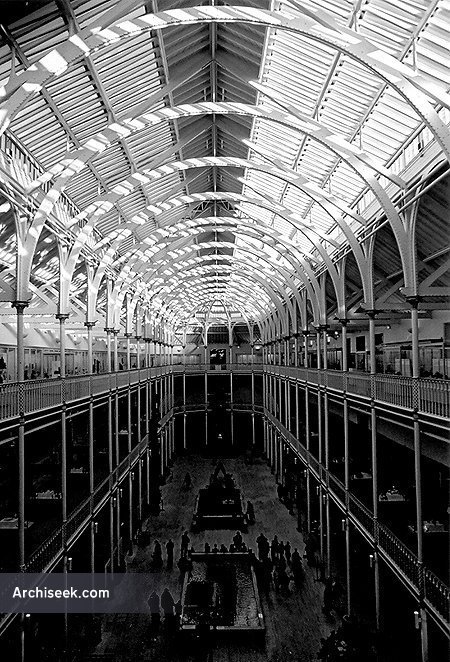 Forming the major part of the National Museums of Scotland, the Royal Museum is located in Chambers Street and was designed by Captain Francis Fowke, of the Royal Engineers. In 1854, parliament authorised funds for the new museum and the foundation stone was laid by Prince Albert (1861). The building proceeded in a series of phases, which were not all completed until 1888. Externally the building exhibits Venetian Renaissance style, while the main hall is a vast galleried space with a fine roof.

In 1998, the Royal Museum was united with the National Museum of of Antiquities, which had previously been in Queen Street. The museum building was significantly extended in 1999, to create a Museum of Scotland, devoted to the history and culture of the country.