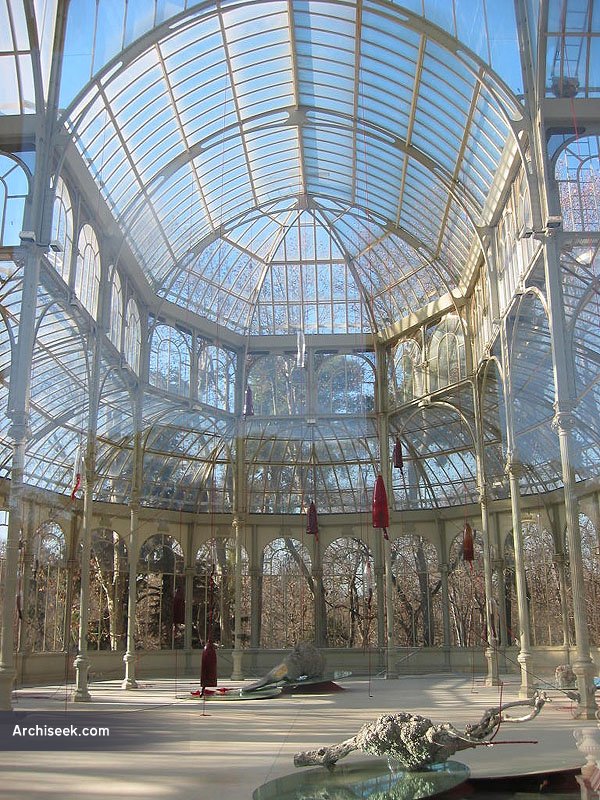 The Parque del Buen Retiro (Park of the Pleasant Retreat) is a large and popular, 140 hectare park in Madrid, Spain not far from the Prado Museum. Once outside the city, Madrid now entirely surrounds the park. The park was originally the site of a royal palace built in 1632 under the reign King Philip IV. Most of the palace was destroyed during the Napoleonic Wars, leaving a space that was eventually opened to the public in 1868. The few remaining buildings of the palace now house museum collections. The Palacio de Cristal is a glass pavilion inspired by The Crystal Palace in London and designed in 1887 by Ricardo Velázquez Bosco. Velázquez Bosco also designed the park’s Palacio de Velázquez.