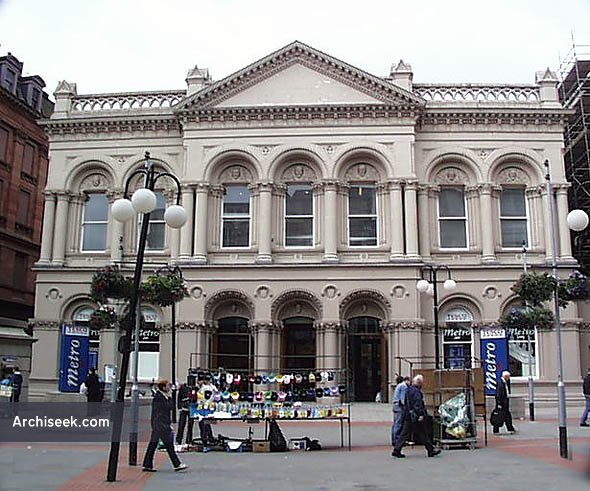 Originally a bank and now a Tesco convenience store, the building was completed by Turner and Williamson after the death of Barre. The building has an impressive seven bay façade which is minus the sculpture that was intended for the pediment. Sculpture adorns many of the surfaces, including the window surrounds and columns. The interior boasts a magnificent dome rising over the mundanity of the cash registers. The dome is supported on corbelled columns that lead up to a gothic gallery supporting the dome with its top lit and very colourful panels.