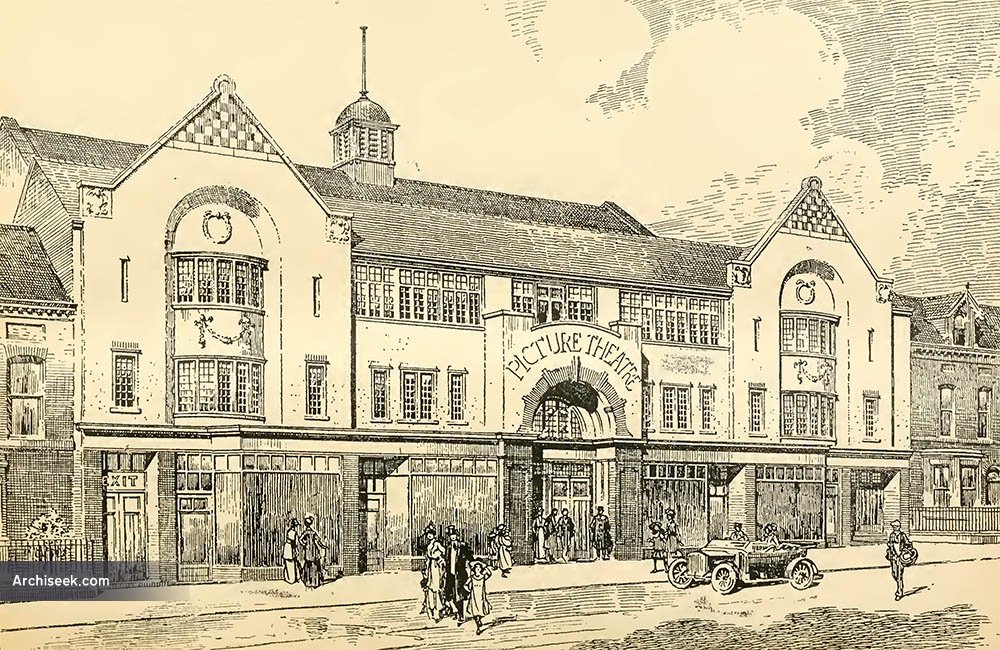 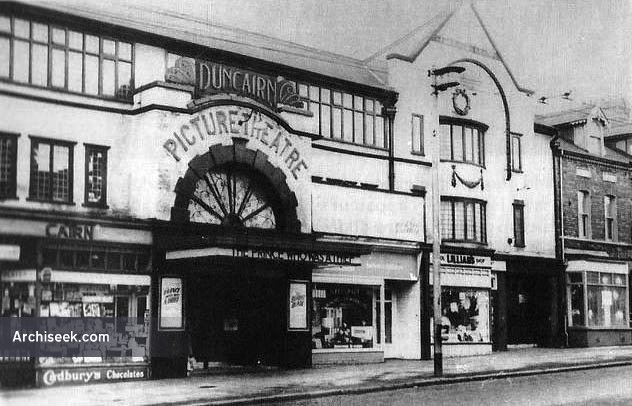 From The Building News, August 16 1916: “This cinema theatre, illustrated to-day has been recently erected in Duncairn Gardens Belfast, from the design and under the supervision of Mr. F.T. Waddington, Lie RIBA., of Blackpool. The auditorium measures 82 ft. by 47 ft., and has a balcony at one end. A good feature is made of a cafe arranged conveniently on the balcony floor This department overlooks the hall, and it has a refreshment buffet adjoining. The operator’s suite is quite apart from the main building, thus minimising the danger from fire The interior decorations are in light Italian Renaissance. The auditorium has a curved or segmental ceiling. The general contractors for the work were Messrs. Henry Laverty and Sons, of Belfast.”

Around 1936, it was re-named Duncairn Picture Theatre. The cinema closed at the beginning of the Troubles in 1969. The site was eventually cleared as part of a re-development..