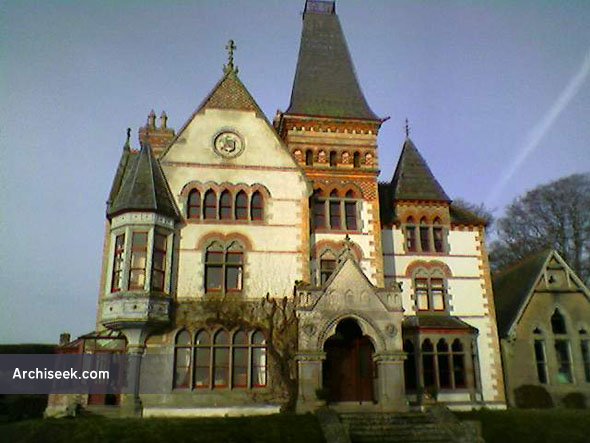 Originally a relatively conventional Georgian residence, Bessmount was redesigned by William Barre (architect of the Dawson Monument in the centre of nearby Monaghan town) for William Henderson around 1869. The redesign involved building a separate music room, adding another floor to the building and the addition of the many ornate Victorian features seen in the photograph. These features were designed to distract attention from the low ceilings that the original house had. Apart from the addition of the corner turret, the other main feature added was the tall water-tower and ornate porch. In the porch are lavish carvings of animals including squirrels, owls, monkeys, pelicans, dogs, fish, lizards and many others. Also on the porch are two roundals featuring the owner (the builder) and his wife.