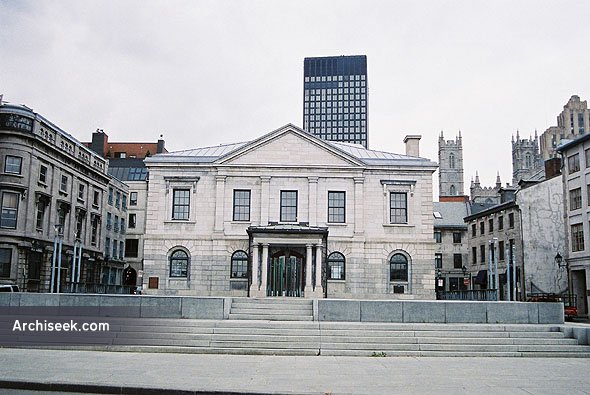 The old Custom House (now part of Pointe-a-Callière, the Montréal Museum of Archaeology and History) was built in 1836, to keep pace with the expanding port. Goods could pass through customs here in Montréal rather than having to stop off in Québec City. This was the first building designed in Montréal by John Ostell, an architect from Britain who would go on to put his name to at least 25 major buildings in the city, including the Old Courthouse.