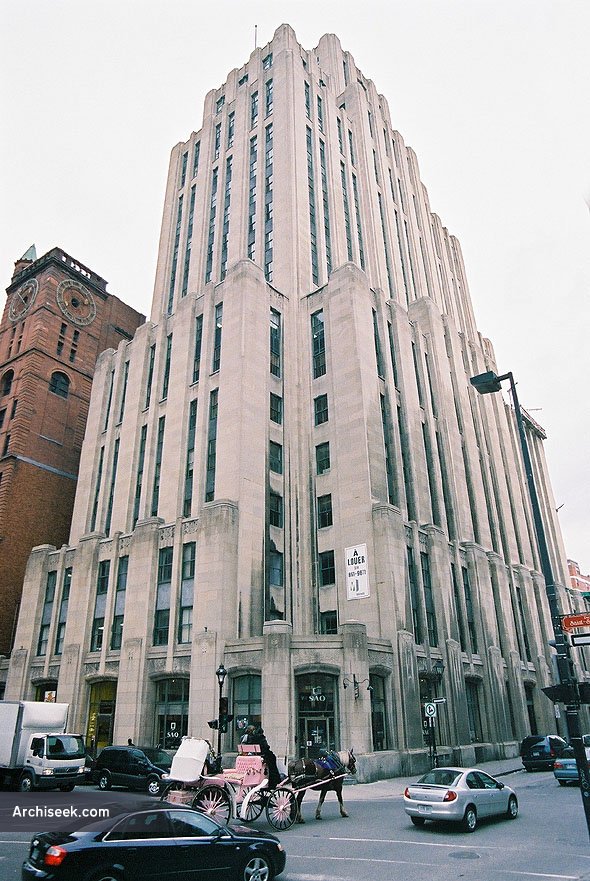 Upon completion in 1931, the building was described by the Montreal Gazette as “graceful and dignified, one of the most beautiful structures in the city”. Presently overwhelmed in height by modern skyscrapers, in its day the Aldred Building was a beacon, towering over Montreal. Although long since surpassed in height, it still remains significant in the Montreal landscape, and it was not until several years later that any other building approached its then impressive 316-foot height.

Creating a monumental building that would stand out against its historic neighbours, without overwhelming them, was definitely not an easy task to accomplish. The use of limestone, the same material with which many of the other buildings are faced, helps to achieve an architectural harmony amongst the buildings in the square. The set-backs gradually move the building away from the square at the 8th, 13th, and 16th floors, visually reducing the building’s height and preventing it from becoming overwhelming.