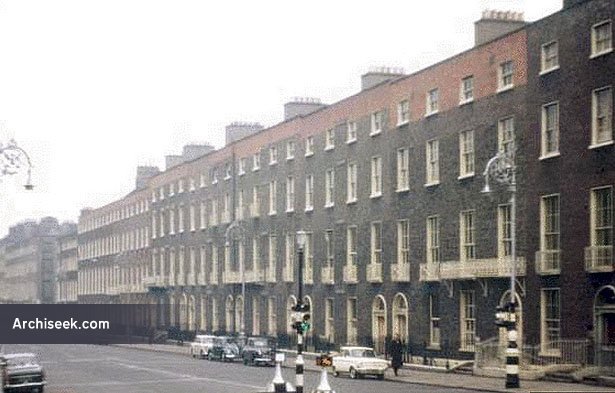 Twelve early 19th century Georgian houses that were demolished by the ESB in the early 1960s to build a new headquarters by Stephenson Gibney & Associates. The architect Sam Stephenson argued at the time of construction, that Georgian houses were “never intended to last more than a lifetime” and it should be clearly understood that “they cannot be usefully preserved at all”. The demolition destroyed what was then Dublin’s longest continuous Georgian streetscape.

The English architectural historian, Sir John Summerson was paid by the ESB for his opinion and condemned the houses as a “sloppy, uneven series” with no architectural coherence: “It is simply one damned house after another.”