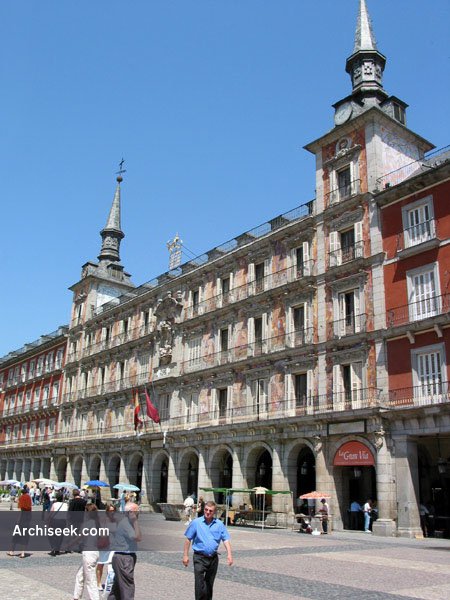 The Plaza Mayor stands where Arab merchants once set up an extensive marketplace of stalls on the bed of a dry lake outside the city walls of Madrid. In the sixteenth century, Philip II ordered his favorite architect to clear out the old haphazard market and design a proper arcaded plaza that could serve as marketplace, something grand and appropriate for the city he had made the capital of Castile. The first building on the huge square was completed in 1590. It was the Casa de la Panadería, the “Bakery,” housing the offices of the bakers guild that controlled the price of grains and therefore wielded great economic and political influence.The original wooden structures of the Plaza Mayor burned to the ground in 1790 and were then reconstructed as they are today. The Casa de la Panadería, whose rebuilt form includes handsome twin towers and spires in the Flemish style.