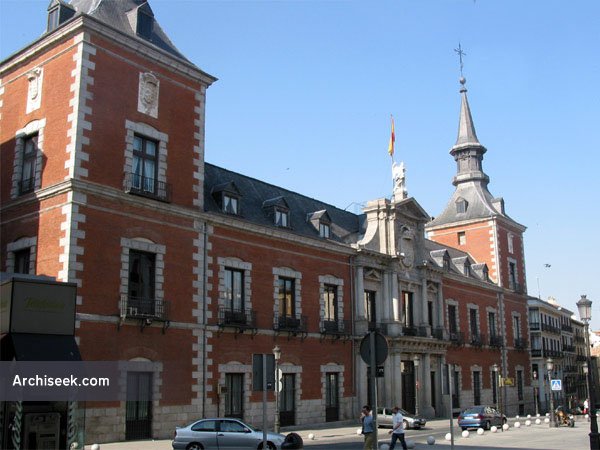 The Palacio de Santa Cruz was built between 1629 and 1643 by Juan Bautista Crescendi. The palace originally served as the royal prison. Many waited here for the verdict of the infamous Spanish Inquisition. The palace was renovated twice: first in 1846 when a fire destroyed much of the building and a second time in 1940 after the palace was damaged during the civil war of the 1930s. The Palacio de Santa Cruz is now home to the Ministry of Foreign Affairs who settled here in 1901.