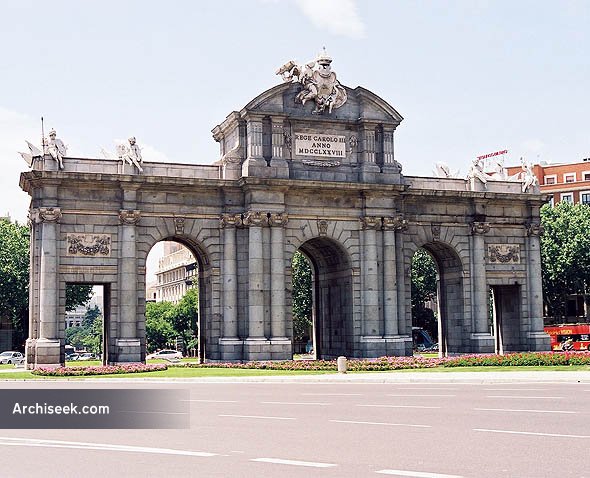 The Puerta de Alcalá was originally constructed in 1599 to welcome doà±a Margarita de Austria (wife of King Felipe III) to Madrid. Unfortunately, what was good enough for doà±a Margarita just did not cut it for the later King Carlos III. On December 9th, 1759 KIng Carlos III entered the city through the gate but was not very pleased with it and felt it was not worthy of such a noble entrance. So, in 1764 Carlos III ordered the gate to be torn down and decided to construct a new gate that was worthy of his greatness. Projects were presented by renowned architects such as José de Hermosilla, Ventura Rodríguez and Francisco Sabatini but in the end, the King gave the job to the Italian Architect Sabatini. The gate used to serve as the entrance to Madrid from the “Camino de Aragón” (“Road to Aragón”). The Puerta de Alcalá was completed in 1769 and it quickly became one of the most important symbols of Madrid.