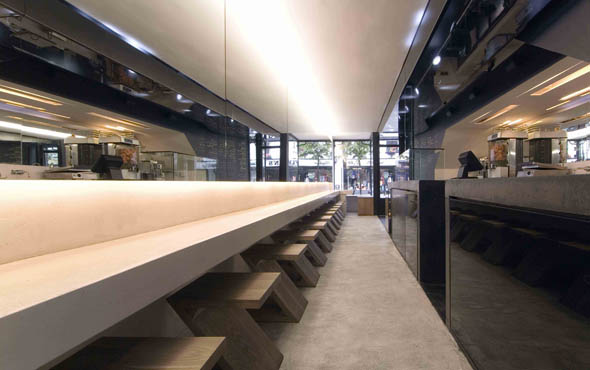 At the inaugural World Architecture Festival Awards 2008, Irish practice Architecture53seven has been highly commended in the Pleasure Category for Egan’s Coffee Bar and Roof Terrace in Portlaoise, Co.Laois. The WAF Awards took place at the Centre Convencions International Barcelona (CCIB) during the inaugural World Architecture Festival in Barcelona between the 22nd and 24th October. The largest architectural awards programme in the world, the WAF Awards are designed to celebrate the work, concerns and aspirations of the international architectural community.

Up against an International Competition including Norman Foster’s Elephant House in Copenhagen Zoo, the practice set up by Jason O’Shaughnessy in 2000 “to consider complex and inventive forms in architecture” returned another accolade to their growing number of architecture awards. They were recently part of the longlisted architects for Building Design Young Architect of the Year- open to architects under 40 in the UK and Ireland. Since returning from Barcelona less than a week ago, they have already received news of consideration in the prestigious European Union Prize for Contemporary Architecture – the Mies van der Rohe Award in 2009. 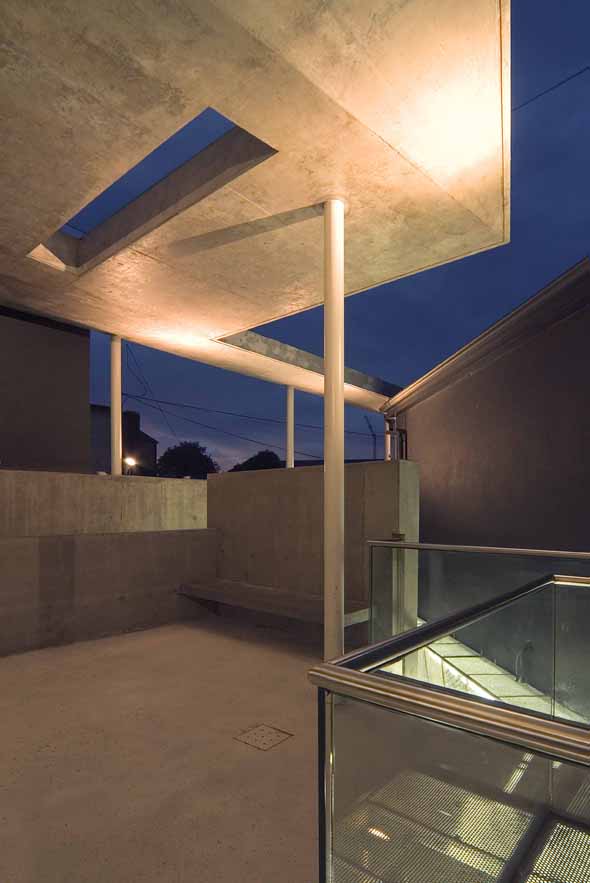 Jason O’Shaughnessy of Architecture 53Seven, commented that “the challenge for us in approaching this project was to uncover new opportunities for differing programmatic requirements, a coffee shop and the roof terrace of a bar, while at the same time we had to be mindful of the protected nature of the building.” The project was also an opportunity to consider a new building typology as necessitated by legislation relating to the prevention of smoking in public spaces. An important aspect to the success of the project was the enthusiasm of the client John Egan who supported the ambitious architecture that was being produced by the young architects. O’Shaughnessy had wanted the roof terrace and cocktail bar to be robust enough to take up to eight hundred people, three nights a week and focussed on the idea of using a series of concrete walls and bar surfaces to provide the required level of durability.

Working with a protected structure was also to pose some difficult questions for the architects who decided to subtly retain the existing protected shopfront, whilst carving out a series of dramatic spaces behind this surface that comprise a coffee shop and roof terrace. The most striking insertion being a floating concrete canopy that soars high over the smoking terrace to the rear of the building.

Commenting on Architecture 53Seven’s success with the project Dr Mark Dorrian, of the University of Edinburgh, commented; “It is heartening to see such a young practice flourishing in a place that would look like infertile ground to many architects. And the fact that they are at the same time producing work of such a high standard is a testament both to their ability, aspiration and commitment and to the quality of their client. Something rather wonderful is happening in Portlaoise”.