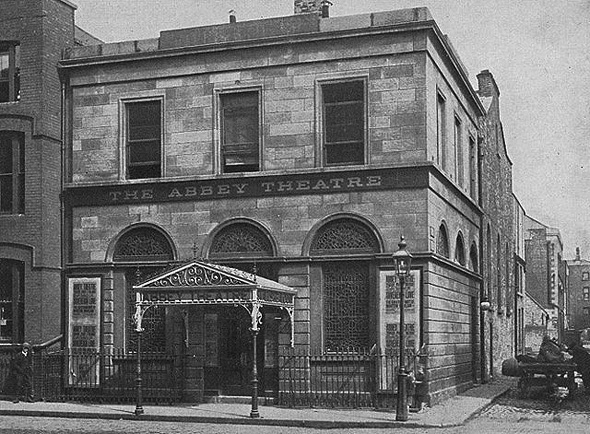 The widow of a Dublin architect is hoping to have her late husband’s wishes fulfilled by having a number of granite blocks he saved from the old Abbey Theatre incorporated into the new building. In 1951 a huge fire eventually led to the famous theatre’s closure and ultimate demolition 10 years later. Former Dublin city architect and theatre lover, Daithi Hanly, took it upon himself to save the original granite blocks from being dumped by the contractors who were demolishing the last remnants of the old building. At his own expense, he had the entire facade removed stone by stone and transported in lorries to his home. Mr Hanly passed away in 2003 and now his widow Joan is hoping that some of the old theatre’s parts and fittings might be used in the new modern Abbey development, which is set to be relocated from its current location on Abbey Street. The Office of Public Works (OPW) had previously indicated some interest when they inspected the granite blocks and artefacts in the Hanly home in Dalkey two years ago.