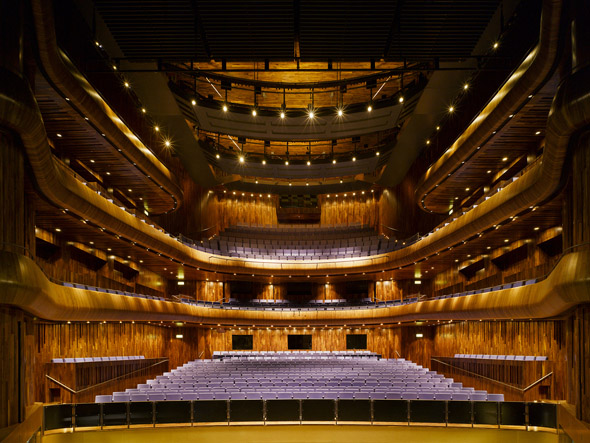 The Office of Public Works Architects with Keith Williams Architects’ new Wexford Opera House officially opens today. The 33 million (27 million), 7,500sq m project in south-east Ireland boasts two theatres: a 780-seat auditorium and a 175-seat space that can be used in a variety of ways. Built on the site of the old Theatre Royal and eight adjacent properties, the opera house is integrated into the town’s medieval centre. From outside this area, its only visible part is the copper-clad fly tower, which joins the spires of Wexford’s two Pugin churches and the Italianate tower of the Franciscan Friary on the skyline.