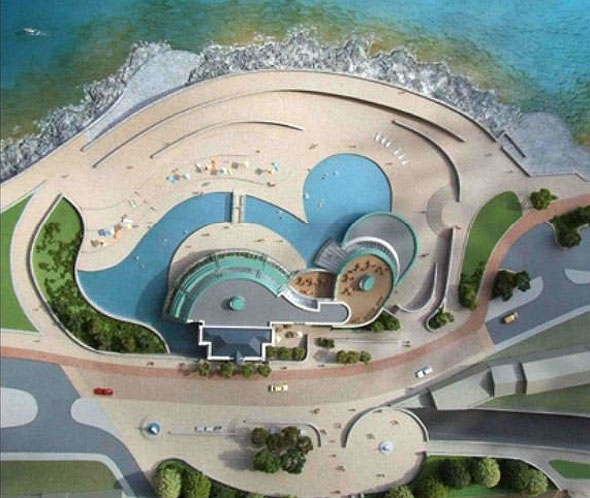 A multimillion-euro plan to transform Dún Laoghaire’s coastline into a “world-class” tourist attraction was unveiled yesterday. Two designs for the site along the East Pier to Sandycove were presented to councillors at a private local authority meeting. “Concept A”, which would cost €129 million, envisages a lagoon beach and a pedestrian bridge adjacent to the East Pier. An aquatic play area is intended for the old public baths site, alongside a civic space comprising a restaurant and spa. An underground car park with up to 500 spaces would be provided for visitors. “Concept B” would cost €92 million and involves provision of a new promenade and sandy beach from the East Pier to the Newtownsmith section. The works entail construction of offshore and shore-connected breakwaters approximately 250m (820ft) out to sea. A new water sports centre in a revamped Sandycove Park would feature. Either concept would be a massive undertaking and necessitate reclaiming one and a half acres of land from the sea. Councillors decided both should be presented for public consultation.