Titanic building ‘will be icon’ 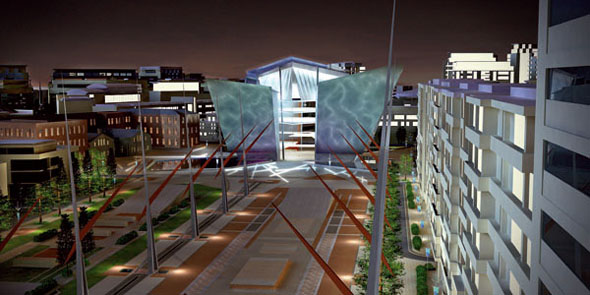 The Titanic Quarter’s centrepiece building could become as iconic to Northern Ireland as the Sydney Opera House is to Australia, it was claimed yesterday. Amid widespread welcome for the Executive’s decision to fund the £97 million Titanic project with £40 million of public money, politicians and business leaders said that the scheme had the potential to reinvigorate Belfast far beyond the east Belfast location of the building work. The co-promoters of Titanic Quarter, Belfast Harbour Commissioners and Titanic Quarter Ltd, who will contribute £40 million to the project, said that it would be a milestone in the city’s history. Len O’Hagan, chairman of Belfast Harbour Commissioners said: “I think it defines where we are going – we are taking an iconic building which is going to be at the leading edge of architecture and technology and building that on the slipways where Titanic was built.