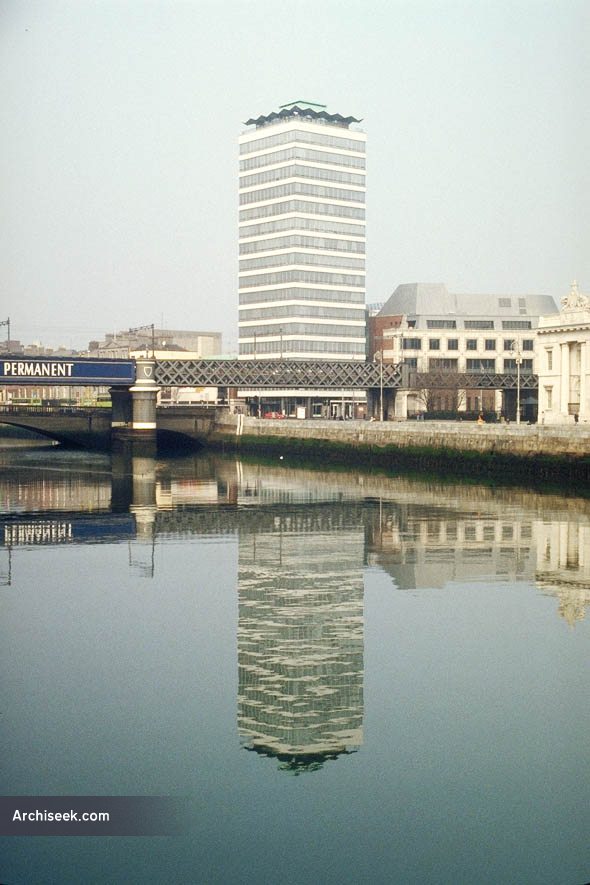 The country’s largest trade union, Siptu, has become the latest victim of the property slump and has decided to postpone plans to demolish and redevelop its landmark Liberty Hall headquarters in Dublin. After considering whether to sell what was Ireland’s first ‘skyscraper’, the union finally decided to redevelop the historic 16-storey building and replace it with an 11,000 square-metre development which will be the national headquarters of Siptu. It will also include commercial office space, which the union hopes to lease to defray the cost of the development. The development also includes a roof-level viewing platform and cafe, a large underground heritage centre relating to the rise of organised labour and national independence, and a 250-seat auditorium and public amenity space . Demolition of the adjoining theatre was supposed to start last July but the property slump meant the prospect of the union leasing offices in the new development disappeared. The global credit crunch also ensured that Siptu had little chance of getting a loan for such a costly development. In addition, the union’s centenary is next year and senior Siptu officials felt that it would be better to be at home for the event rather than scattered throughout the capital while its birthplace was being demolished.