New concert arena has a point to make 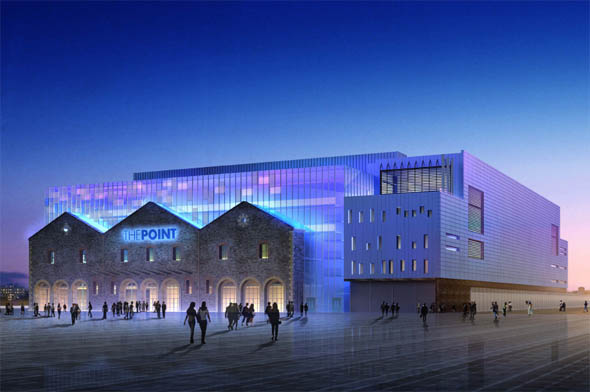 The Romans would recognise the shape of Dublin’s new O2 arena on North Wall Quay, even though it is all indoors and festooned with air-conditioning ducts and lighting gantries, with bars and food outlets lining the cavernous semi-circular concourses. The word arena derives from its original Latin meaning as sand – used to mop up the blood after gruesome public spectacles. Promoter Harry Crosbie hopes there will be “blood on the stage from artists giving their all for people of Ireland”. Vast is the only word that describes the new venue, which opens next month. It is at least twice as large as the earlier Point that grew out of the old Midland Great Western goods terminal, a protected structure now remade yet again. The new arena can take 9,500 people on padded seats with plastic backs, or up to 14,000 in a different configuration – with retractable seats pulled back to make room for 8,000 standing in front of the stage, and the rest comfortably seated. “It’s going to be a world-class rock venue and the biggest people- magnet in Ireland,” says the irrepressible Crosbie. He believes it will attract as many as three million patrons a year – much more than Croke Park, which is used less intensively. The old Point, Crosbie concedes, was “grungy 1980s” – a rather makeshift auditorium installed in the shell of the railway depot, with a box-like fly-tower projecting above its neo-classical façade. It served its purpose, though, even for Eurovision.