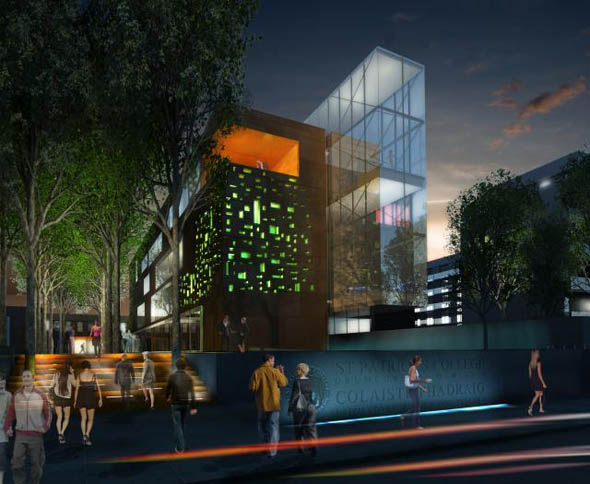 St Patrick’s College in Dublin, part of Dublin City University, has announced a 40million development plan for its north Dublin campus. UK-based international architectural practice RMJM worked in collaboration with Irish practice Taylor Architects to create four new buildings for the campus. The project will also include the refurbishment of existing facilities, a new campus link and extensive landscaping of the college’s historic grounds. Established in 1875, the College educates the lion’s share of Ireland’s primary school teachers, catering for over 2,000 students each year.

Existing buildings on the Drumcondra site date from the 1700’s to the 1980’s and the campus is now in need of investment and modernisation. As a result the Campus Development Plan was drafted and RMJM/Taylor Architects have submitted a planning application for the project on behalf of the college. The plans aim to create an environment for academic excellence featuring state-of-the-art teaching and learning facilities, new sports and childcare services as well as innovative landscaping of the grounds to create unique outdoor learning and social spaces as the college aspires to become Ireland’s foremost education facility in its sector. 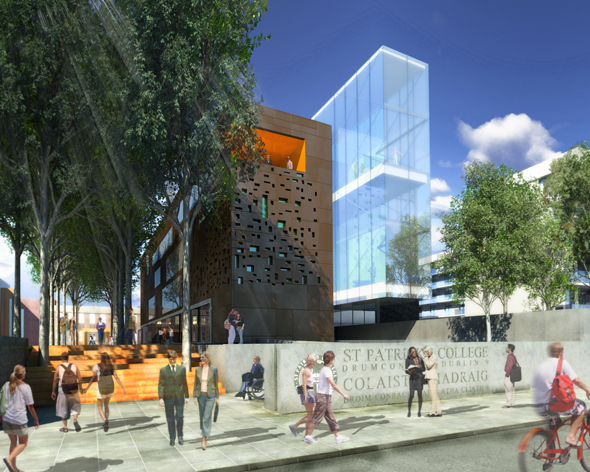 The new East Building on the campus will serve as a study and learning centre including a 200 person lecture theatre as well as innovative teaching spaces such as reading pods and a learning cafe. The design of a new atrium space was inspired by the campus chapel’s stained glass windows and will afford views to the campus’ historic landmark Belvedere Tower. It will also act as a central point for the new campus and will link the East Building to the atrium of the West Building, which is a specialist teaching building containing classrooms and a suite of large lecture theatres including a 500 seat auditorium. 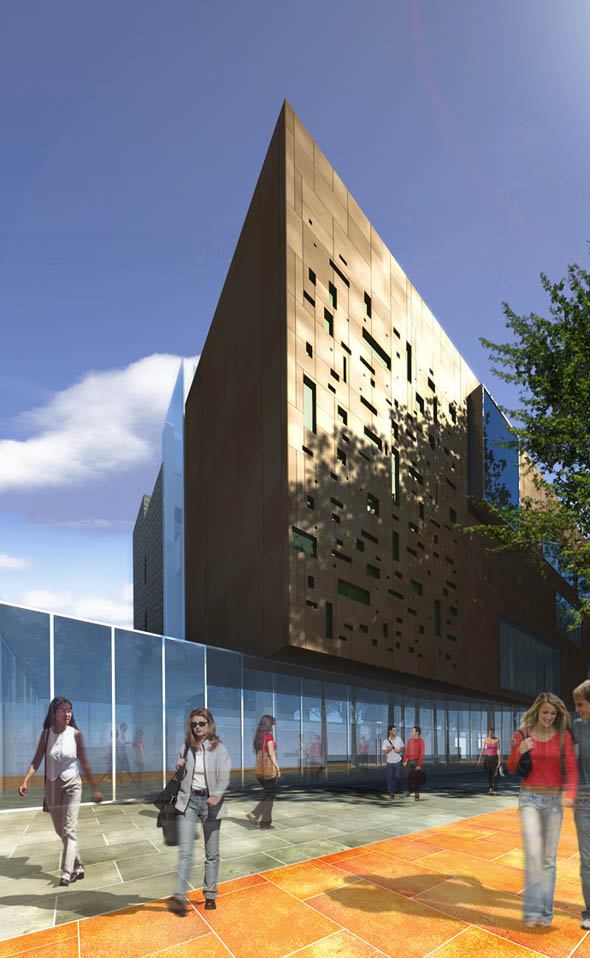 RMJM director Conor Pittman commented on how the design team worked to marry an historic site with the needs of a modern education institution: “While our design for the 12,000m2 of new space caters for new methods of teaching and learning, influenced by technological advances such as wireless internet, we also aimed to retain many of the historic features of the site. The incorporation of the historic lime tree avenue to create a new approach to the north part of the campus is a prime example of using existing features and integrating them into an overall environmental strategy that is sympathetic to the heritage and look of the college.”

St Patrick’s College sits on an 11 hectare site and the historic grounds will be rejuvenated with landscaped areas creating inspiring spaces around the new buildings to encourage social learning and interaction. A study garden will provide students with a well earned break from traditional lecture theatres while the re-introduction of sunken and raised gardens will revitalise the grounds and compliment the contemporary new buildings.

Work is planned to start on site in August 2009 and is estimated for completion in August 2011.