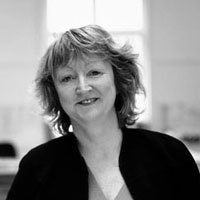 Following the success of Shane O Toole’s lecture Import+Export, which was introduced by Kevin Roche at the American Irish Historical Society (AIHS) in New York in April, Anchor and Animation by Grafton Architects, will take place at the same venue on the 5th of May. This is the second in an ongoing lecture series promoting contemporary Irish architecture funded by Culture Ireland.

Yvonne Farrell and Shelley McNamara founders of Grafton Architects will focus this lecture on the new Bocconi University building in Milan together with a number of other key projects. The lecture will be introduced by Kenneth Frampton, Ware Professor at the Graduate School of Architecture and Planning, Columbia University, New York, well known for his writing on twentieth-century architecture, and a member of the jury for the Bocconi University. 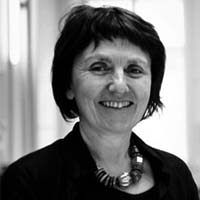 Set in the centre of Milan, the new Bocconi University building has been described as the ‘Last monument for Milan’ in a recent edition of Domus (909). Domus are preparing a book on the construction of this building, which now forms part of the modernist architectural heritage of the Bocconi complex including buildings by such major figures as Pagano and Muzio.

Yvonne Farrell and Shelley McNamara established Grafton Architects in 1977 having graduated from UCD in 1974. They have been studio lecturers at the school of architecture UCD since 1976 and visiting critics to schools of architecture abroad. They are winners of Meno e Piu competition for two schools in Prato Smeraldo in Rome in 2007 and they have exhibited in Ireland and abroad, including an exhibition at the RIAI Exhibition Centre in 1999, the Venice Biennale 2002, the Mies van der Rohe Award Exhibition 2003 and at the Dessa Gallery, Ljubljana 2006.