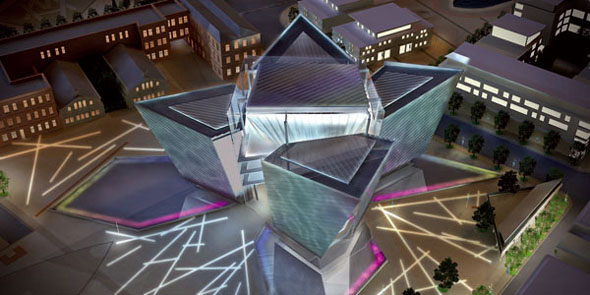 A £97m proposal for a landmark building in the Titanic Quarter has been backed by the Stormont Executive. Work on the ‘Titanic signature project’ is to start in January. The executive said it would put £43m to the cost. Meanwhile, a rapid transit system for Belfast has also been given the green light by ministers. The bus-based system will connect the east and west of the city, and the Titanic Quarter, with the city centre at an estimated cost of £150m. Designs for the system will be drawn up and building is due to start in 2011. It is expected to carry 5.5m passengers a year, with a bus arriving every five minutes during rush hour.