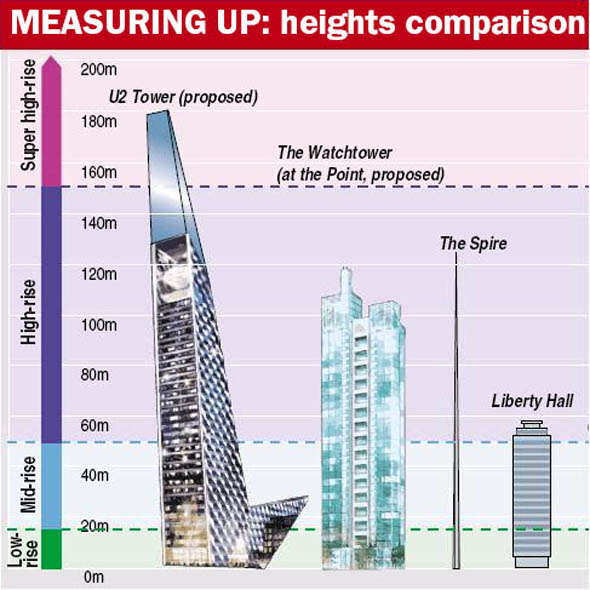 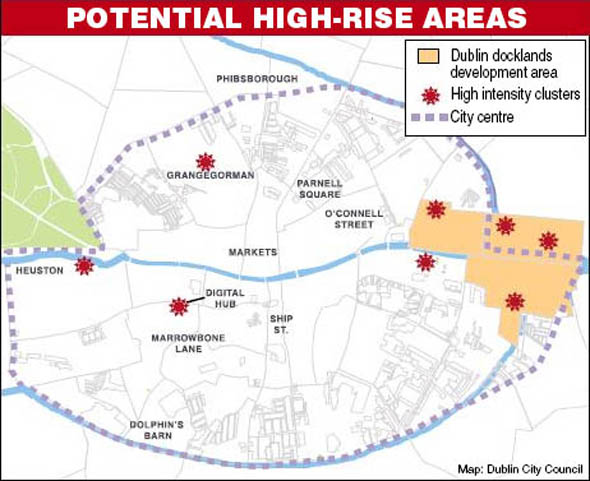 Buildings more than twice the height of Liberty Hall are to be considered in strategic locations in Dublin city including Grangegorman, around Connolly, Tara Street and Heuston stations and the docklands. Dozens of other areas have been identified as having potential for high-rise or “landmark” buildings or intensive/dense developments under a new Dublin City Council strategy aimed at consolidating the city and halting urban sprawl.