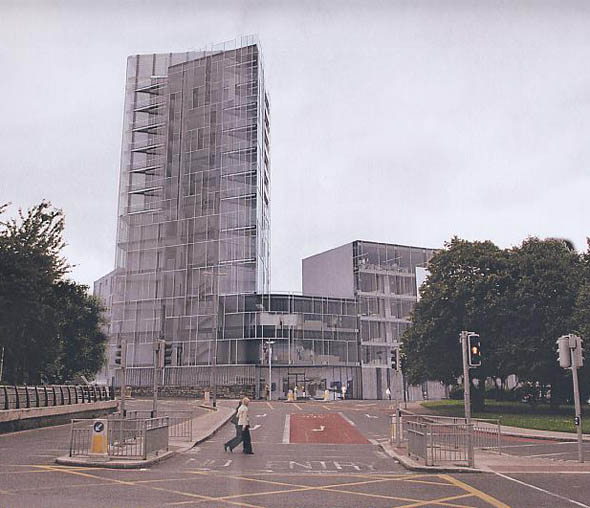 Artist Robert Ballagh is one of almost 40 objectors to a proposal for a 14-storey building near his Dublin home, which would result in the destruction of 60 artists studios. AB Properties has applied to Dublin City Council to demolish the 1940s Hendrons building on the corner of the Western Way and Dominick Street near Broadstone and replace it with a mixed use development including 48 apartments, an aparthotel, offices a restaurant, shop and a gallery or studio. A 14-storey “landmark” building at the centre of the site, which is on a hill, would be visible from the city quays. Ballagh, who lives just one street away from the proposed development said the scheme was totally inappropriate for the area, represented over-development and would have negative impact on the community. He objected to the “destruction of a landmark 1940s modernist building and the subsequent loss of the Broadstone Studios and Gallery”.