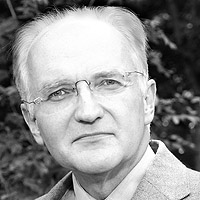 The Government’s architecture policy is to be reviewed, with more emphasis on sustainable development and urban design, Minister for the Environment John Gormley announced yesterday. Speaking at the launch of the Irish Architecture Foundation’s Open House Dublin 2007, which allows the public to visit a diverse range of buildings this weekend, he said that it was important not only to recognise the social and cultural importance of architecture, but also the changing nature of issues relating to the built environment. The new policy would continue to encourage and support high-quality, modern architecture and incorporate architectural heritage in a “holistic, integrated manner”, as well as developing an a plan that would promote more public awareness of these areas. The Minister said that in the coming weeks he would appoint a steering committee drawn from a broad spectrum of public and private sector nominees, which would oversee the development of the policy, as well as three focus groups dealing with the main themes. There would also be extensive public consultation, including a number of broader nationwide seminars or “think-ins”, where a range of individuals and organisations involved in the built environment and members of the public would be brought together.