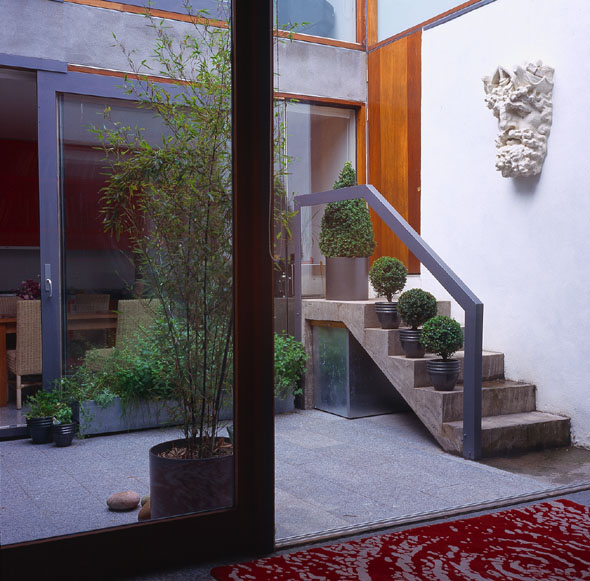 The Ballagh house is perfectly pop. Situated at the end of a south-facing terrace of small artisan dwellings in Broadstone, Dublin’s north inner city, 3 Temple Cottages is one of the most familiar houses in Irish art.

It became something of an icon in 1977, when Robert Ballagh painted his family outside their home. In No. 3 – an important work and the first in a series of figurative paintings he made of the house – his own face is hidden behind a book called How to Make Art Commercial. Back then, he was still used to signing on the dole.

Today, Ballagh is bathed in success. He is a prominent member of Aosdána, Ireland’s aristocracy of artists. He designed the last set of Irish bank notes before we entered the euro zone. His postage stamps are cleaner and more colourful than any others. Millions have enjoyed his theatre sets, in particular those for Riverdance and the opening ceremony for this summer’s Special Olympics in Croke Park.

Sixty next month, Ballagh’s financial future is secure, thanks to royalties from the worldwide success of Riverdance, which also funded the award-winning transformation of his inner-city home by Boyd Cody Architects.

“Anyone who’s as old as I am,” he says, “remembers the scene in Help!” In Richard Lester’s 1965 film, The Beatles’ Rolls-Royce pulls up outside a terrace of two-up, two-down houses.

Piling out, John, Paul, George and Ringo head for home – each to a different front door. As they bid each other a neighbourly good evening, two local women remark how the loveable mop tops have never lost the common touch. When the Fab Four close their front doors behind them, however, they are all in the same room and their home turns out to be a huge, gadget-filled, space-age interior. There’s more than a hint of Help! about the recent transformation at Temple Cottages.

As a former show-band musician (with The Chessmen) – who sold his base guitar to Phil Lynott when he quit in 1967 and who, in his early days, was called Ireland’s first pop artist – that’s how it should be. “My work,” says Ballagh, “has always been about irony.”

Betty Ballagh has lived at the same address all her life. One of six children, she grew up in 3 Temple Cottages. About the time she married Robert, in 1967, the Dublin Artisan Dwelling Company offered to sell the house to Betty’s mother for £650. She in turn offered it to the newlyweds, who dithered for so long the house eventually cost them £750.

When the Nolan family, their neighbours at number 4, moved out in 1985, the Ballaghs bought their house for IR£17,500. Three years ago they paid IR£150,000 for number 5, which their artist daughter, Rachel, lived in for more than a year.

“The trigger was buying the third house,” says Ballagh. “We realised we couldn’t burrow through, but had to make a decent effort of it, with architects.” They approached McCullough Mulvin, who were too busy to take on the commission but recommended two former employees, Dermot Boyd and Peter Cody, who had formed a partnership in 2000.

Boyd and Cody studied together at the Dublin Institute of Technology. After graduating in 1990, Boyd took off to London, where he twice worked for John Pawson, the minimalist – each time for three months. “The work was minimal and the pay was too,” he says. For 18 months, between stints with Pawson, he earned his living working for David Collins, the restaurant designer.

Although some say it was Pawson’s work that the colour magazines first fawned over, making architecture the media-friendly creature it is today, London was in recession as Boyd became the fourth member of the office. He worked on the original scheme for the Donnelly house and gallery on the Vico Road in Killiney, while Pawson was putting together his bestselling ode, Minimum, his 1996 book on all things minimal. Later, he worked on the design of Pawson’s house in Ladbroke Grove, west London.

Boyd is attracted to reduction, to creating “a feeling or mood of silent contemplation, where the eyes rest and the heart is still.” He traces it to a summer spent as a student in Madrid, working for Alberto Campo Baeza, a friend of Pawson’s and winner of a Golden Lion at the 2000 Venice Biennale.

“We’d talk architecture for two hours a week, just to improve his English,” says Boyd. “He’s the main influence on how I think. His genius is for correct proportion and skill in the making of things.”

Ballagh, too, was always attracted to the clean look of things. He is not one for the primitive gesture. He works hard to make the brush strokes in his paintings disappear. A life-size portrait can take him 18 months to paint. He admits his attention to detail is “demented.”

“It doesn’t make sense, but what do you do? You are the way you are,” he says. “I don’t know how you get attention to detailing in construction. It’s just not available generally in building in Ireland. Abroad they can get it. I just like the notion that a trim goes the whole way and doesn’t stop 15mm short. I’m told I’m too fussy. But I’m a believer that if it’s worth doing, it’s worth doing well.”

“Robert would pick up about details,” says Boyd. “At this scale, the detail must be bang on. It’s all you have. If you lose control of that, the project is lost.” The architects used “an old Siza trick” – cladding timber in metal – when detailing the large iroko-and-glass screen. The glass is partly held by timber, partly by metal; the detail is flush, the frames read as steel.

The renovated house is “very minimal,” says Ballagh. “It started with the concept of a courtyard, a central courtyard – but that was hugely wasteful. Seeing courtyard houses when we lived in Spain and North Africa inspired us. There was never any ostentation about them, unlike the Irish Dallas-style mansions that are intended to exhibit wealth for all to see.

“Instead, on a normal street someone might leave a door open and, passing by, you would have a glimpse into a magnificent courtyard. The oasis is on the inside. It turns the whole thing around,” he says. “It’s the Japanese way.” He remembers from his student days – he studied architecture at Bolton Street for three years before going professional with the band – that the same concept formed the basis of the Roman house. It was also an approach adopted by Dublin’s Georgian houses: plain brick on the outside, elaborate – delirious, even – plaster ceilings within.

Boyd says the trick he performed with Cody and their project architect, James Corbett, was to make something expansive inside a shell that was tight and small. “The proportion of the houses was lovely, so we just followed the logic of what was there, cleansing the space to redefine it.” The old bones of the three two-storey houses – which occupy about half the depth of the plot – were retained, while extensions at the back were done away with. Two new glassy rooms complete a U-shaped arrangement around a tall courtyard behind the middle house.

The planning is straightforward. Number 3 houses the entrance hall – a fabulous wooden box, lined in yellow plywood – staircase, bathrooms and utility room. Behind it is a good-sized study. The ground floor of 4 and 5 forms a large living and dining area, with a kitchen and breakfast room behind, across the courtyard from the study.

At the front, over the living room, are two bedrooms. To the rear is a large, east-facing bedroom and a west-facing terrace that catches the sun. An acid-etched glass screen – Boyd’s favourite material – restricts overlooking from the flats behind and acts as a reflector, bouncing south light into the house.

The space, anchored by the stone-floored courtyard with its riverine head, is fluid, with many connecting views and openings. Glass panels seem to make the hard-edged forms dissolve. There is little of Ballagh’s art to be seen. “The spaces are much more comfortable with very few pieces,” he says. “The ghosts of the three houses are still here.”