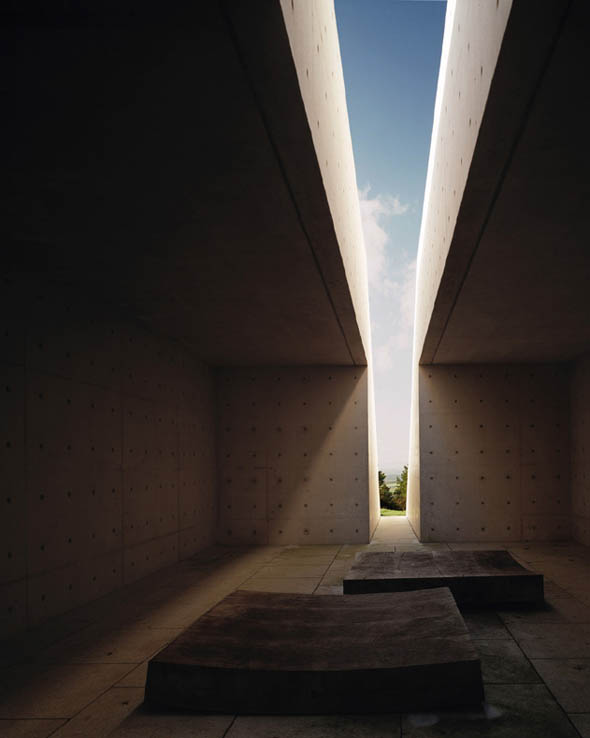 Architectural concrete is about to come out of the jungle and join the rest of the civilised world. That is, if the message of a new book, Exploring Concrete Architecture, to be launched in Dublin on Thursday, is to be believed.

Despite concrete’s revolutionary role in shaping some of the greatest architecture of the 20th century, its design and specification has often appeared to be a black art. Everyone envies the silky raw concrete finishes that Japanese architect, Tadao Ando, regularly achieves, but almost nobody in the West can tell you how he does it. The tales of volunteer student armies using tooth brushes to give the master’s freshly cast walls a gentle rubdown are legion. At last some clear light has been thrown on a murky subject.

Concrete is a devilishly subtle transformation of grey or white cement, aggregates or stones, and sand, mixed with water. What makes Exploring Concrete Architecture unique is that it provides unprecedented details of the material choices made by architects, of the surface finishes they went after, of the construction approaches taken by builders to achieve these finishes: of what worked and, more importantly, what didn’t – and why. The viewpoints of architects and builders are expressed with rare candour.

The two Irish projects are The Ark in Temple Bar, designed by this writer and Michael Kelly, and Tulach a’ tSolais, an austerely beautiful memorial designed by Ronald Tallon of Scott Tallon Walker Architects and the sculptor Michael Warren on Oulart Hill, County Wexford.

According to a British concrete manufacturer quoted in Bennett’s book, specifying architectural concrete is like trying to build a Ferrari on an assembly line used to turning out Ford Escorts and Fiestas. If these 22 buildings are indeed Ferraris, then the Michael Schumacher of European concrete is Irish. Tallon and Warren’s Tulach a’ tSolais – meaning mound of light – is featured on the cover of Exploring Concrete Architecture, perhaps because of the uncanny resemblance it bears to Ando’s zen-like structures.

The construction of a tulach or burial mound as a place of connection between the world of the living and the “other world” was common in ancient Ireland. At Tulach a’ tSolais, built to commemorate the bicentenary of the 1798 rebellion, a gleaming shaft of concrete cleaves through a green hill, opening it to the sky. The memorial is split down the middle, just as the old feudal world of the eighteenth century is separated from our own democratic age, kept apart by the flood of ideas we call the Enlightenment, which elevated us all from subject to citizen.

The United Irishmen’s uprising, fuelled by the revolutionary example of the United States and France, took place at Oulart Hill. Victory led to the establishment of the fledgling Wexford Republic; defeat at Vinegar Hill three weeks later, on the summer solstice, June 21st, marked its eclipse.

The east-west alignment of Tulach a’ tSolais frames a view from Oulart to Vinegar Hill, 11km away, on the western side of the valley. Coillte – the Irish Forestry Board – which owns the surrounding woodlands, agreed to cut a swath 11 metres wide by 170 metres long through mature trees to open up the vista.

Warren describes Oulart Hill, with its panorama of Wexford Bay, as “sublime, but private”. There is no approach road to Tulach a’ tSolais. The 600-metre-long penal walk across the brow of the hill, to a monument dating from 1948, is left unchanged. There is a feeling of pilgrimage as you pass the stone markers carved with the names of the places and figures associated with the Wexford Republic. Upon arrival, there are no carved names, no flames, no pools of water. This is a much older kind of memorial. Warren recalls Tallon saying, “What we want, Michael, is to go over a broken stone wall and be there. The approach should be like the surprise of finding a fairy ring.”

Tallon chose white concrete for its “pallor of death”, illuminated by “the light of resurrection.” He calls Warren’s two sculptures – horizontal curving tablets of 200-year-old Irish oak that make a shrine of the interior – “upturned hands, offering hope for the future.” Warren likens them to the cremation bowls found in Newgrange.

Pierse Construction initially looked at ways of casting the structure in a factory to achieve the surface finish quality that was wanted, but because of the remoteness of the site and poor access, this proved impractical. They used their most experienced team of men to build the IR£300,000 memorial. To their credit, it was not the cost, but the quality of the finished concrete that dictated their approach. Construction joints are cleverly concealed. Everything is laid out according to a module, 90cm square. The only decoration of the concrete comes from the pattern of recessed tie-bolt holes, eight to each panel, in two rows of four. Bolt holes were filled with pre-cast concrete plugs to ensure the depth of each hole would be identical.

“We wanted a basic monolithic material of strength and nobility,” says Tallon, “with which to create a modern Stonehenge.” It’s a long way from the concrete jungle.