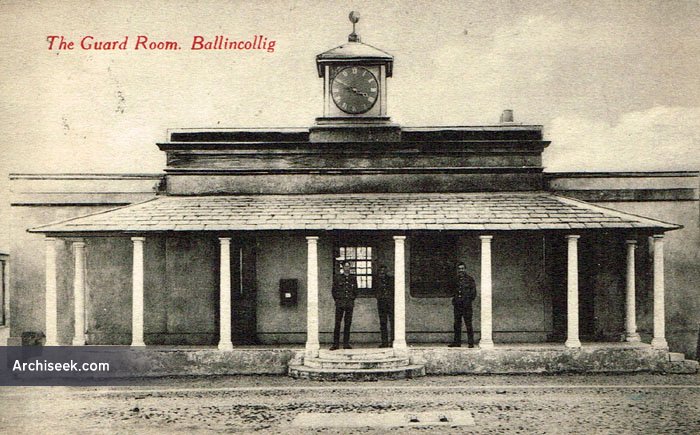 Designs for proposed artillery establishment or ordnance depot comprising officers’ and non-commissioned officers’ quarters, messroom, cookhouses, stables, guard-room, gun-carriage sheds and artificers shops by Charles Wilks. Part of the now decommissioned and largely demolished military barracks in Ballingcollig. After Independence it was burned during the civil war. The barracks was reopened in the 1940s but finally closed in 1998.