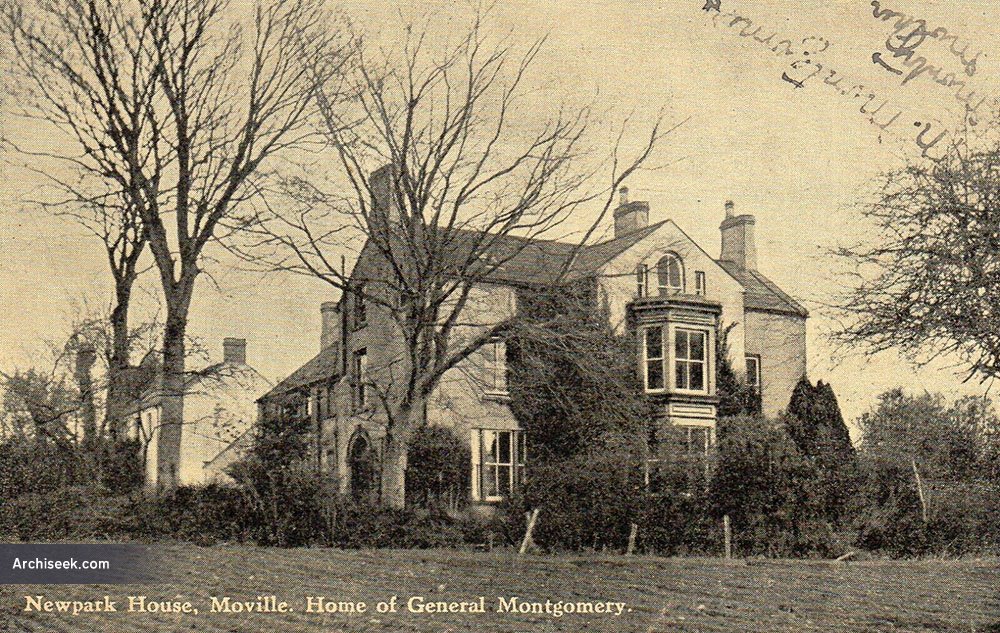 The 60 acre New-Park Estate was purchased by Samuel Montgomery in 1750. The Montgomerys of New Park were the ancestors of Field-Marshal Bernard Law Montgomery (1887-1976). While he was educated in Britain, his parents stayed at the family home at New Park in Moville and Montgomery spent a lot of his younger years in Donegal. His father, Bishop Henry Montgomery lived in Moville until his death in 1932, and is buried in the town’s Church of Ireland graveyard.

At one time, the family was one of the main landlords in Inishowen. Montgomery’s great-grandfather, Samuel Law Montgomery developed the town of Moville by building roads, a school and a wharf on Lough Foyle. He had intended to develop the town as a resort or spa.

After the Montgomery family gave up New Park House, it was used for a period as an hotel. Much of the house’s architectural character comes from its numerous later modifications including the gable-fronted projection to the front elevation, probably added around 1900. In recent years, the building has fallen into ruin, and lost its historic setting to modern housing development.