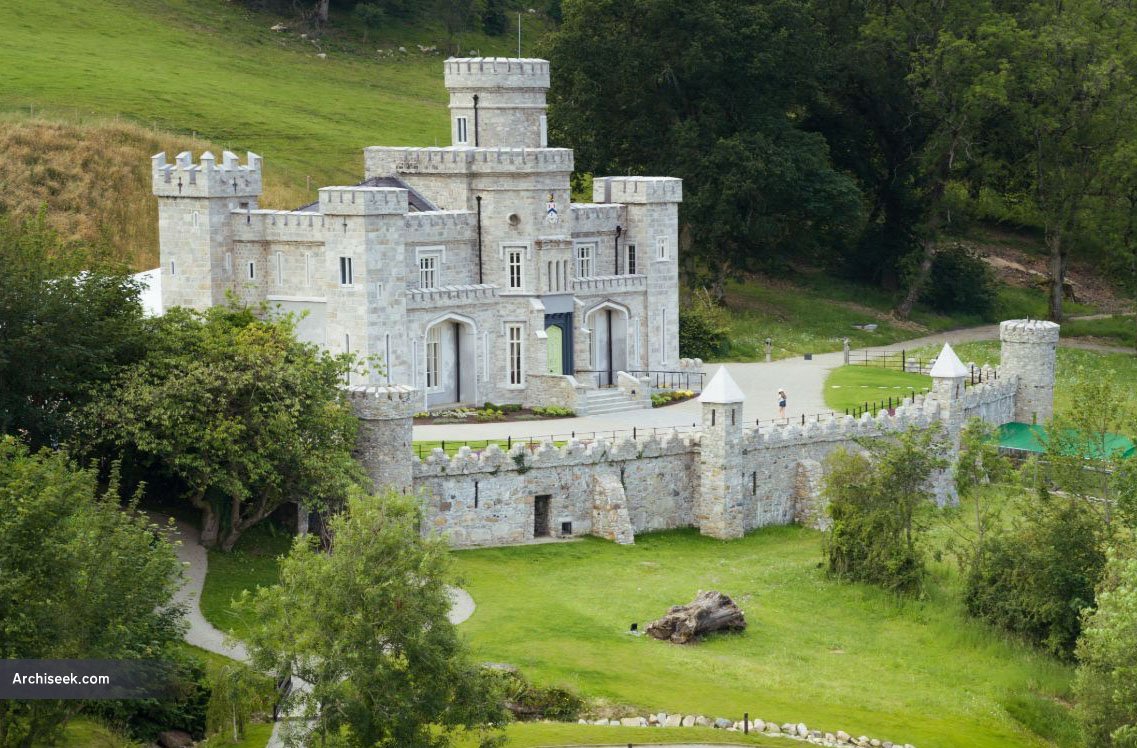 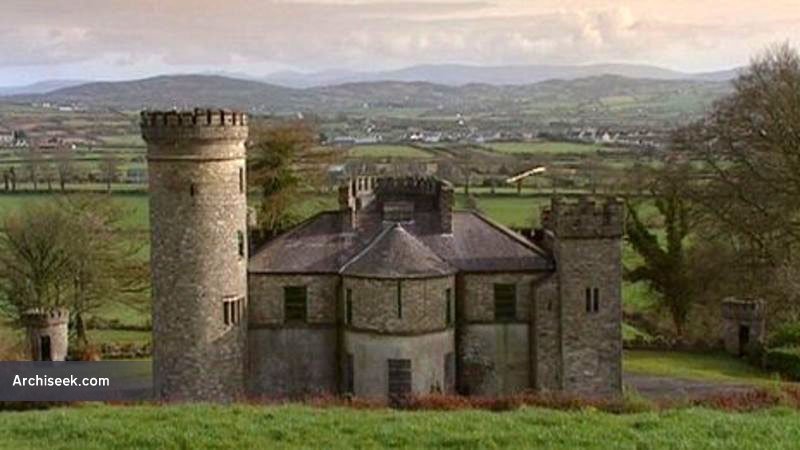 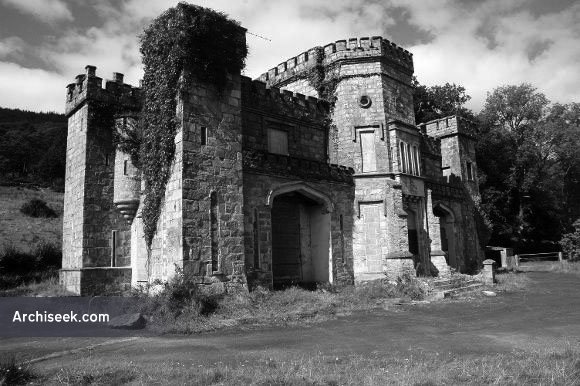 A previously modest Georgian house was dressed up by George Papworth in the 1830s. To the house, he added corner towers, a gothic porch and battlements. The house’s previous status can be seen quite clearly from the rear with a central bow on a fairly straightforward house. The house is constructed in granite throughout.

The 1837 Ordnance Survey mentions that “Killevy Lodge, the residence of John Foxall Esq, is situated in the townland of Clonlum. It stands on the eastern base of Slieve Gullion and is built with considerable taste in castellated style. It was completed during the present year”.

It is set on an elevated platform, with tumbling gardens to the front, accessed by a circular tower terminating at the end of a granite boundary wall. Below the terrace, the front garden falls to an ornamental canal, which appears to be the remains, or a remodelling, of a small lake, suggesting that the castle was set in a designed landscape which changed over time and is now in a neglected state.

After sitting in a state of near dereliction for many years, it has been restored and is the centrepiece of a hotel accommodation complex.