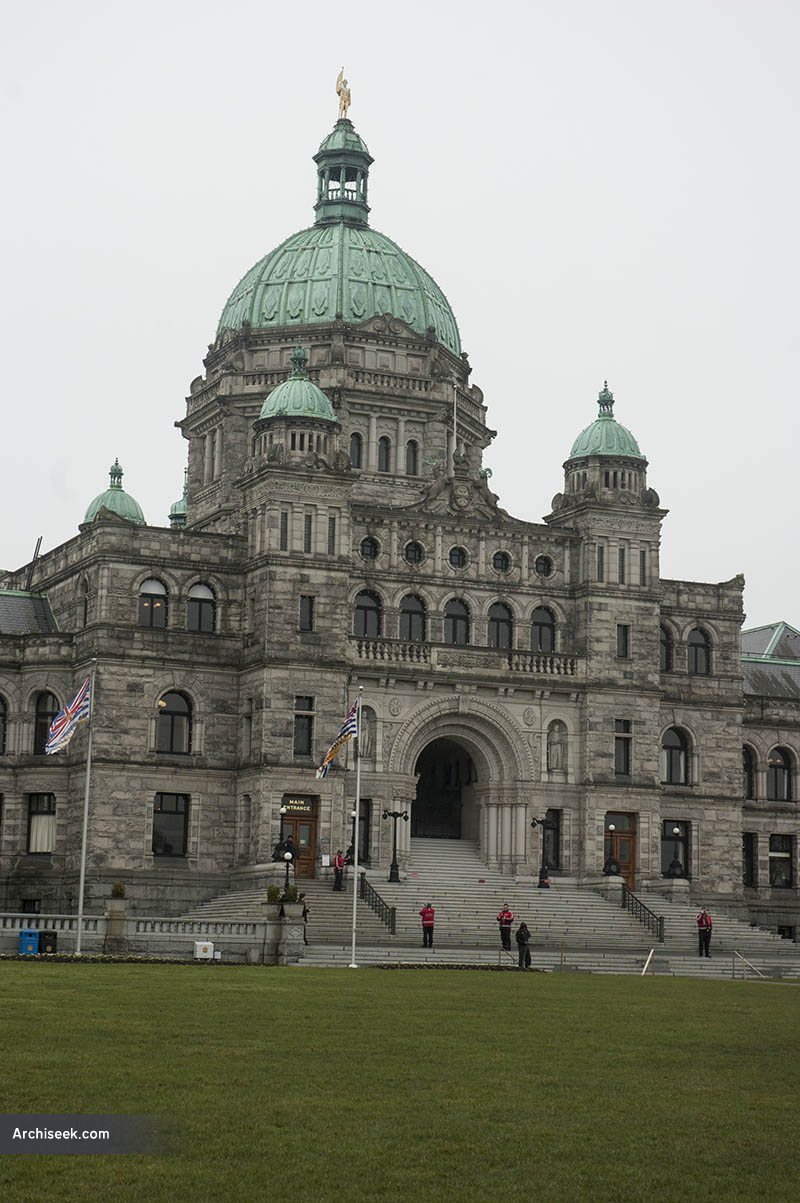 An architectural competition was held to design a new assembly building for the province. Francis Rattenbury, a recent English immigrant to Canada, 25 years old, entered the contest and signed his drawings with the pseudonym “A B.C. Architect”. He progressed to the second round, signing his drawing “For Queen and Province” and eventually won the competition.

Despite many problems, including almost running over the budget twice, the British Columbia Parliament Buildings began operation officially during 1898. It is a magnificent example of Victorian opulence with the grand scale of its 500-foot long facade, central dome and two end pavilions, the richness of its white marble, and combination of Baroque rigorous symmetry, use of domes and sculptural massing with the rusticated surfaces of the then popular Renaissance style.

The success of the design garnered Rattenbury many more commissions in Victoria and other parts of the province, including the Legislative Library (constructed between 1913-1915), the design of the Empress Hotel, the Crystal Gardens indoor swimming pool nearby, and the Vancouver Court House (now the Vancouver Art Gallery).