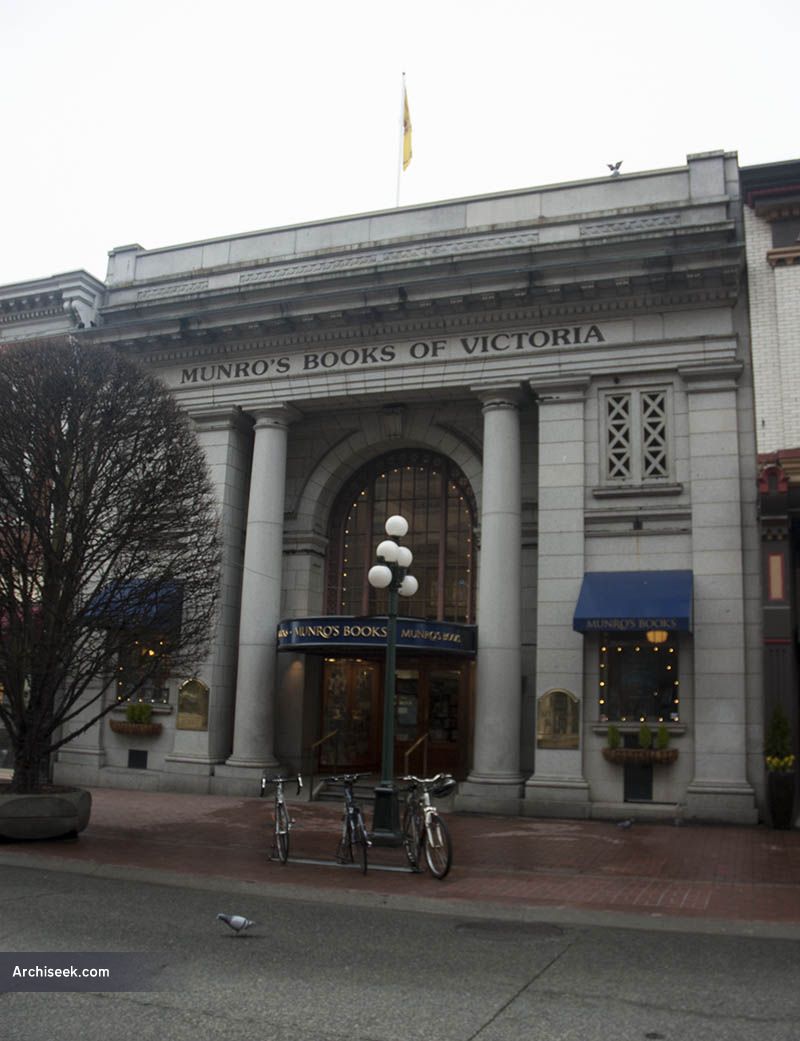 Originally the Royal Bank had a second storey that was removed in a 1950s renovation. The renovation served to further emphasize the temple aspect of the classical design. An oval art glass dome that was a central feature in the banking hall was also lost at that time, when a suspended ceiling was installed to modernize the interior.

Designed by local architect Thomas Hooper (1857-1935), who undertook a number of local commissions for the Royal Bank. The design of the front façade was provided by New York architects Carrère & Hastings. This seems unusual but was not an isolated connection – Carrère & Hastings also provided designs for other Royal Bank projects in Winnipeg, and Alberta.