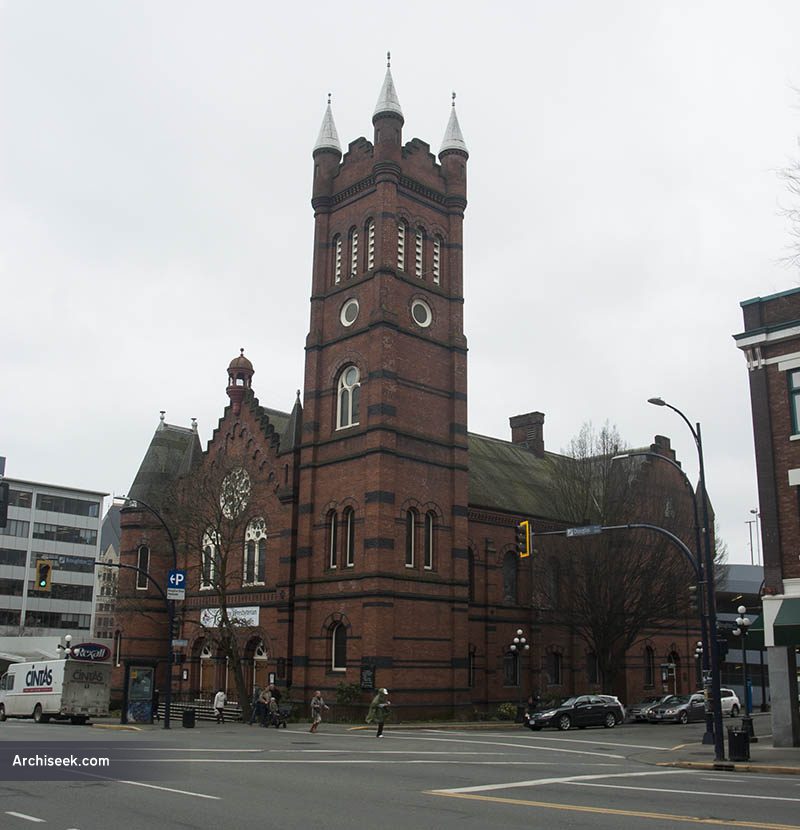 The foundation stone was laid by the Hon John Robson on March 7th 1889 just five months before he became the ninth Premier of British Columbia. The new church opened formally on January 12th 1890 to much public acclaim. The exterior has a number of distinctive features, including crow-stepped gables, a variety of projections and towers, corner tourelles, and a picturesque roofline. The interior features a magnificent organ, some fine Victorian stained glass and a large horseshoe-shaped balcony level. A number of the windows made quite a journey, being made by Linneman of Frankfurt am Main, Germany, and shipped to the Pacific coast. The interior is remarkably intact and a great example of Presbyterian churches of this time.