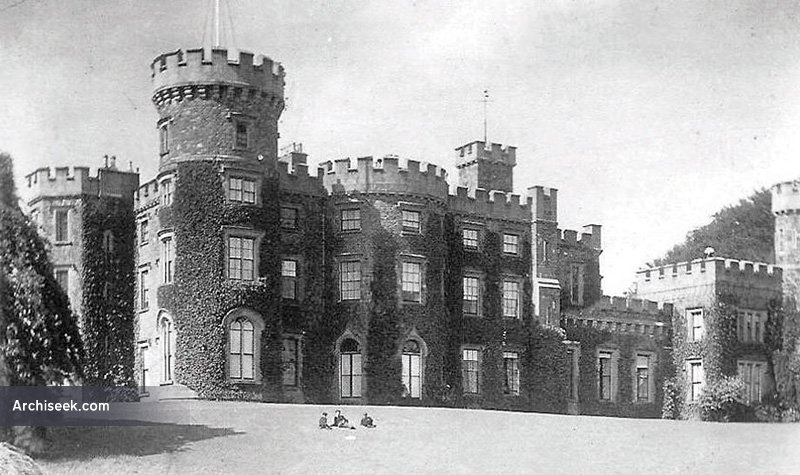 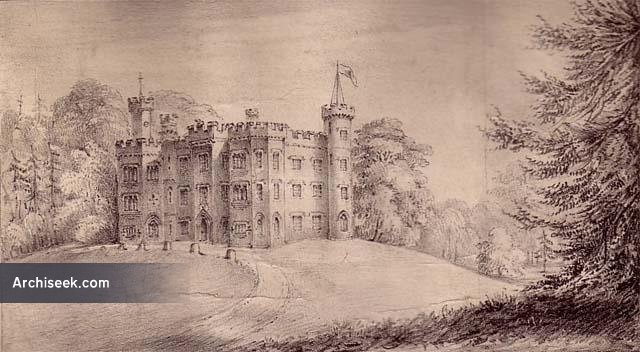 The beginnings of the present structure is in 1780 when Sir Benjamin Chapman, 1st Baronet, demolished the original castle. It is believed that the architect Thomas Cooley (1740-1784) may have been responsible for the design of the new classical residence to replace it. A series of paintings by William Sadlier shows the castle prior to its Gothic redesign which happened around 1821. This was probably carried out by James Shiel, a noted exponent of the Picturesque Gothic castle-style, which was popular in Ireland during the first half of the nineteenth century.

Sir Thomas Chapman commissioned the addition of a large round tower and several other towers, including a library tower, staircase tower and back door tower. He also completed the castellation to create a Gothic castle on irregular plan, and erected the Raleigh obelisk nearby. The house and the remaining 1,200 acres (4.9 km2) of land were sold in 1949. It was gutted c.1950 but is currently been restored and rebuilt as a private residence.