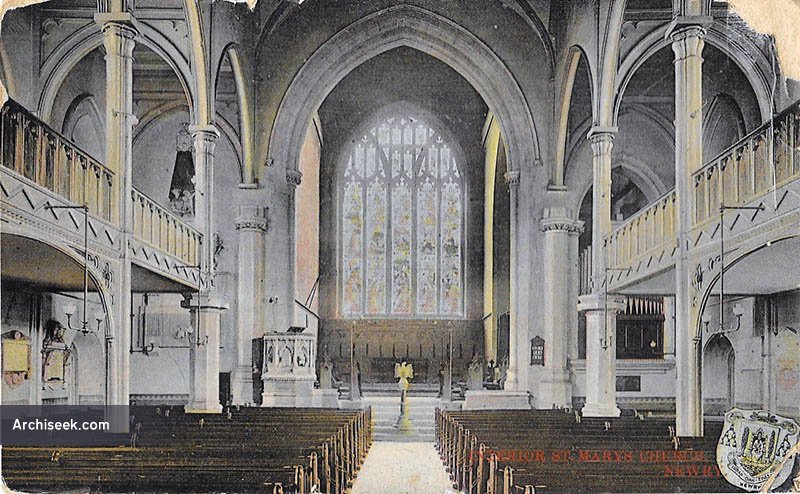 The foundation stone for this church was laid in 1810 but due to difficulties raising funds in wasn’t finished and consecrated until 25th August 1819. O’Farrell was the builder and original designer, but building work was supervised by Thomas Duff from 1813. Externally a very simple building, the prominent spire is almost entirely disengaged from the remaindr of the building, acting as a vestibule for entry

Later renovations from the early 1880s, completed by 1886, by Sir Thomas Drew. This included adding new encaustic tiling to the chancel floor copied from examples found in Christ Church Cathedral in Dublin.