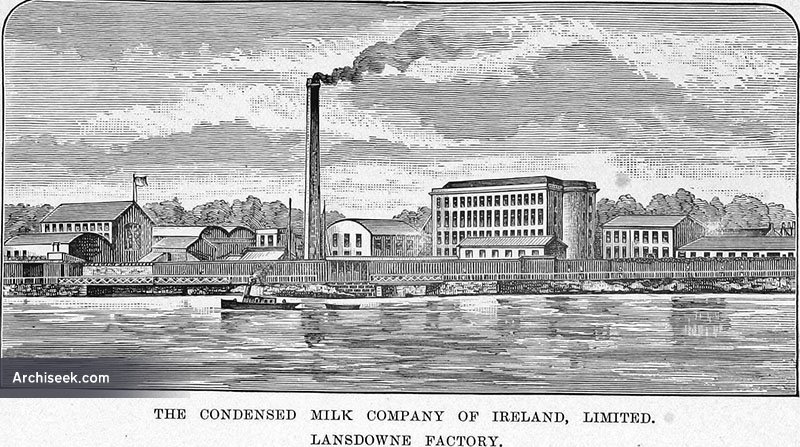 Constructed as the Lansdowne Spinning and Weaving factory between 1851-54 for John Norris Russell. The buildings cost in the region of £80,000 and were designed to employ 6,000 workers.

Massive in scale, a fifteen-bay four-storey stone building is extended to south by a ten-bay two-storey block, and to north by a twenty-three bay single- and two-storey block, to which various twentieth-century alterations and interventions have been made.

The fine dressed limestone building was later taken over by Cleeve’s and its successor firms. The Condensed Milk Company of Ireland Limited was an Irish manufacturer of dairy products and, in its heyday, the largest of its kind in the United Kingdom. Its most famous product was Cleeve’s Toffee, which continued until 1985 when the company which had purchased the brand was liquidated