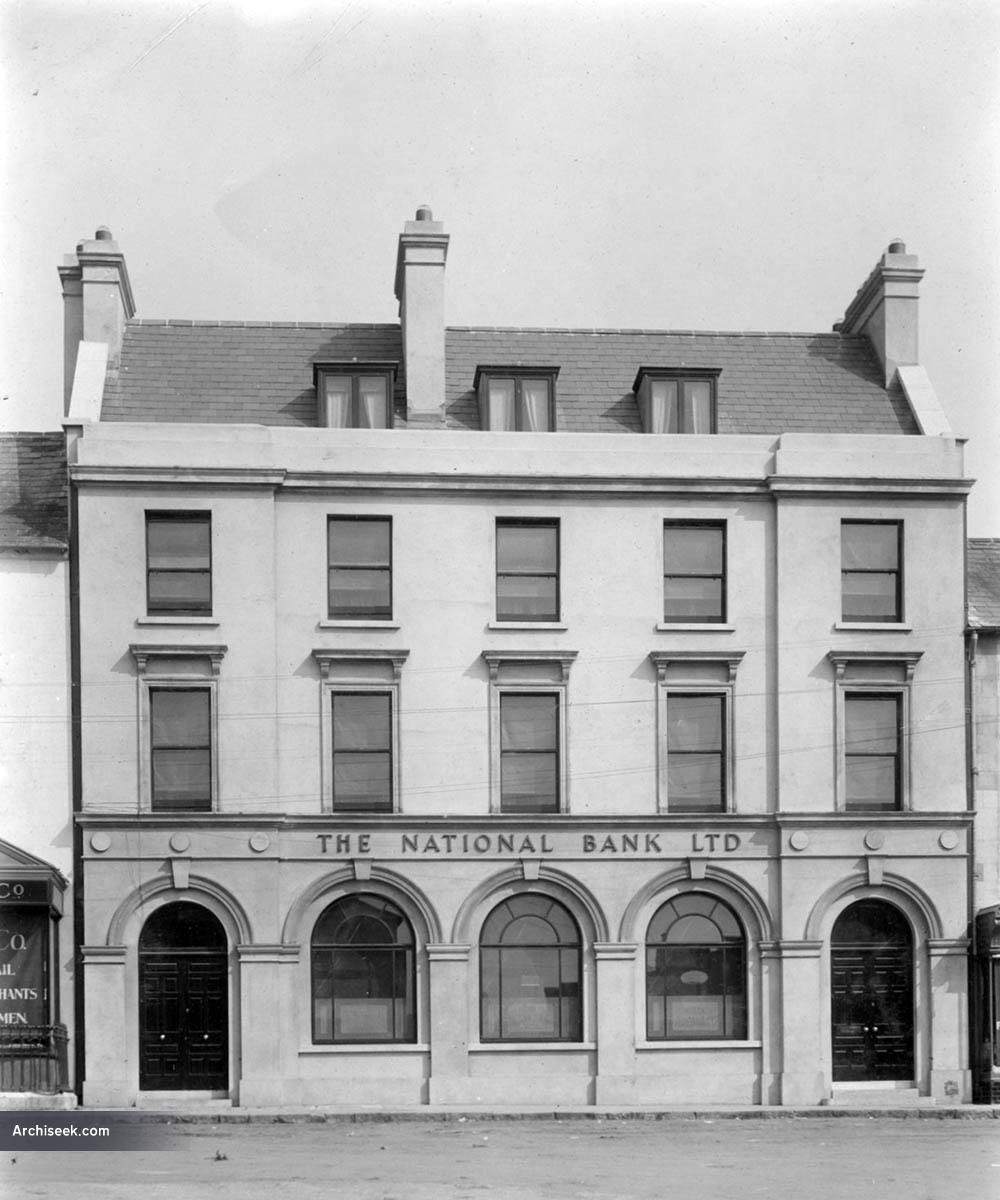 The original building dates from the 1880s but in the late 1920s, the National Bank had a new banking hall and commercial frontage added. As it was two buildings previously the facade was unified by stucco, which has been painted. Now a branch of Bank of Ireland, the left entrance has been filled in with an ATM while still maintaining the door surround and door.