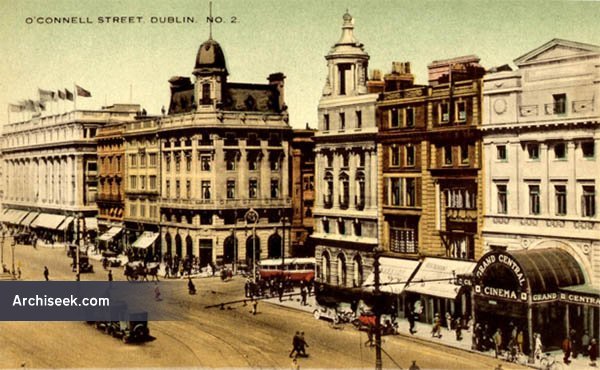 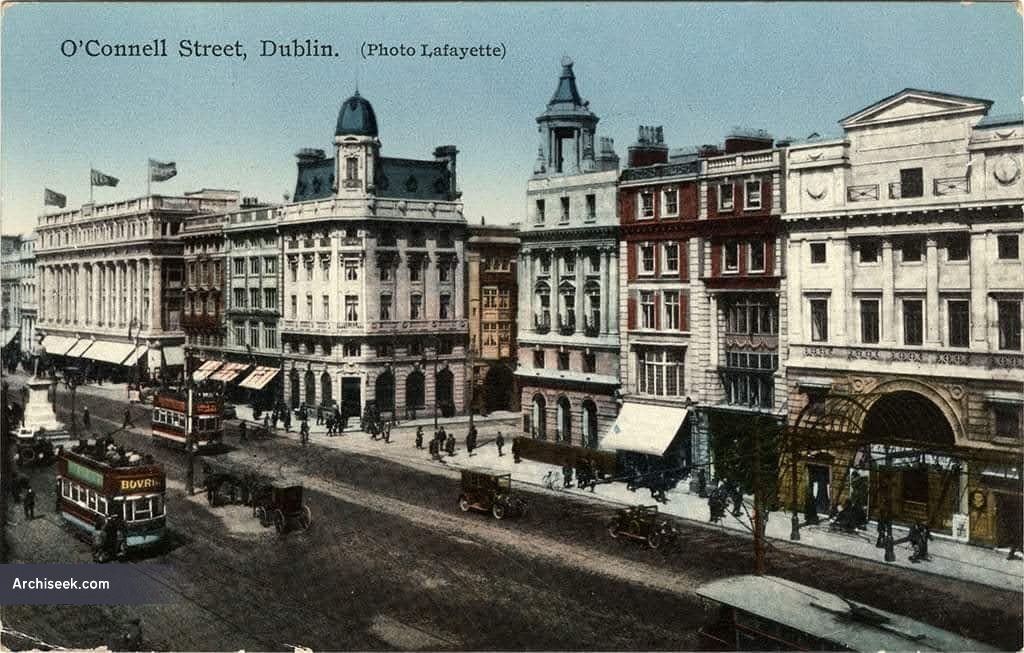 Constructed as a cinema after the destruction of the area in the 1916 Easter Rising. A series of fires meant it was never a commercial success and was converted to a bank in the 1940s by Robinson & Keefe. The grandiose triumphal archway entrance had a glass and steel canopy over the pavement to shelter those queuing for entry.