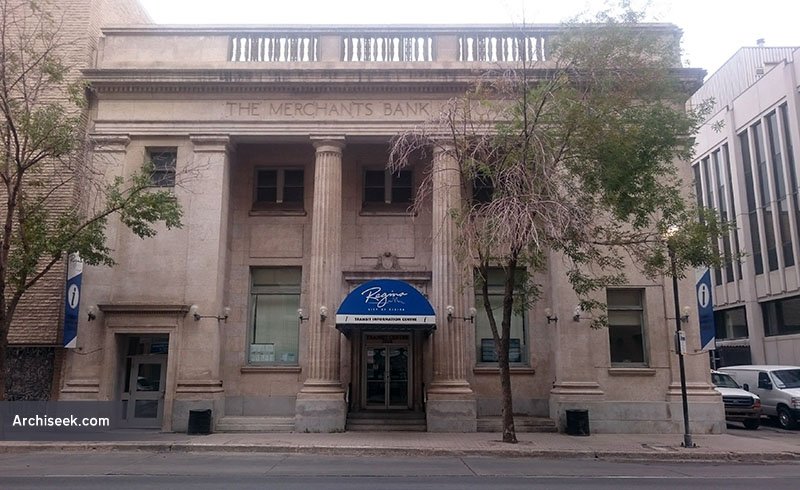 A solid early twentieth century Neo-classical bank building. Much altered, most of the rear was demolished in the 1970s for construction of a retail centre. Now used as offices for Regina Transit.

The Merchants Bank was a Canadian chartered bank which started in Quebec. Its first venture outside of the province was in 1867, when it took over the 17 branches of the Kingston-based Commercial Bank of Canada, renaming itself the Merchants Bank of Canada. As of 1919, the chain is known to have 329 branches from coast to coast. In 1922 the bank was bought by the Bank of Montreal.