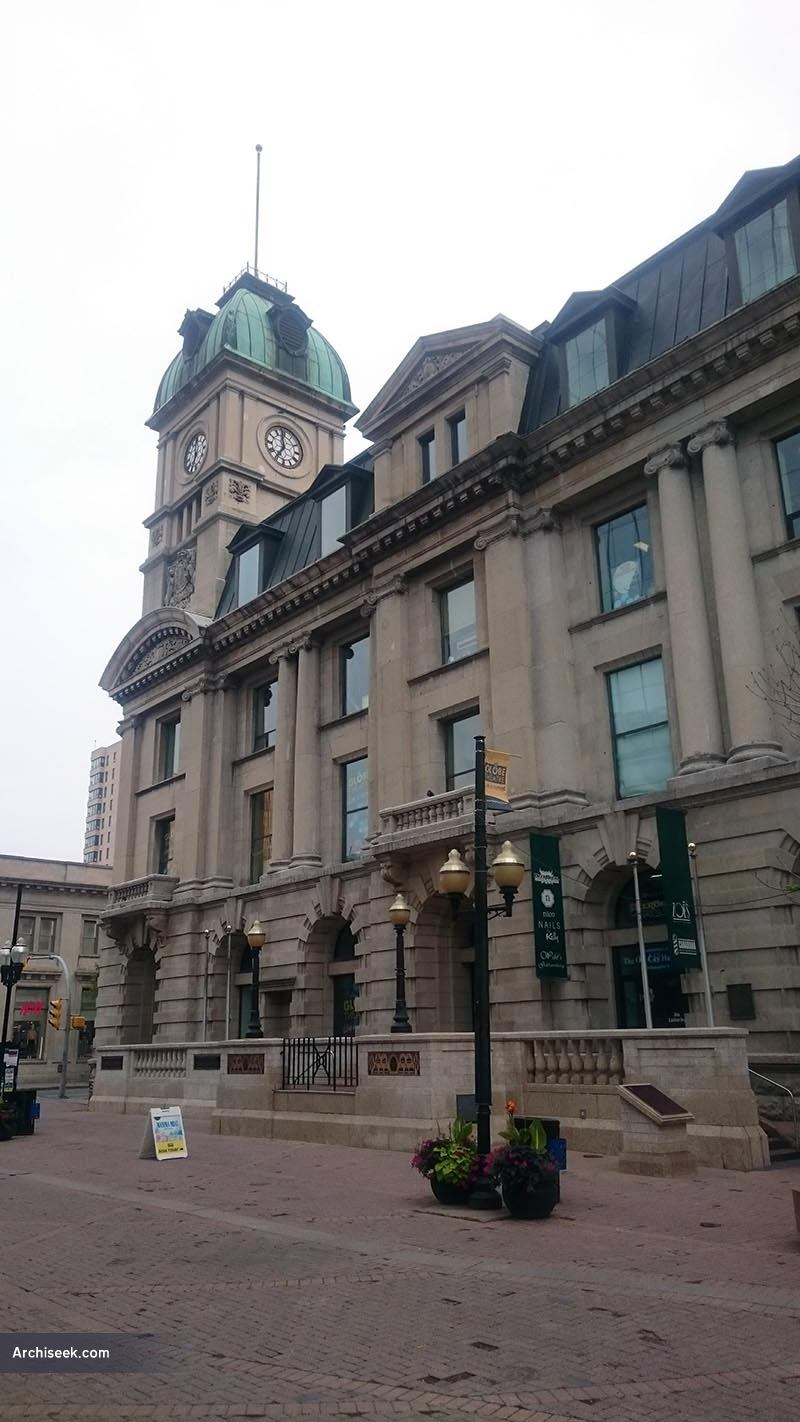 Built as the Regina Post Office, Chief architect David Ewart designed the original northern section of this Tyndall-faced building for the Dominion of Canada in the Beaux Arts style. The building is identifiable as his style, being reminiscent of others across Canada, especially the corner clock tower.

The firm of Van Egmond & Storey designed the southern section that was added in 1929. The exterior appearance of the later addition is close enough to the original that it is difficult to determine where the two unite. Ceased to be used as post office in the 1950s. Later Used as a city hall for Regina, and later an arts venue.