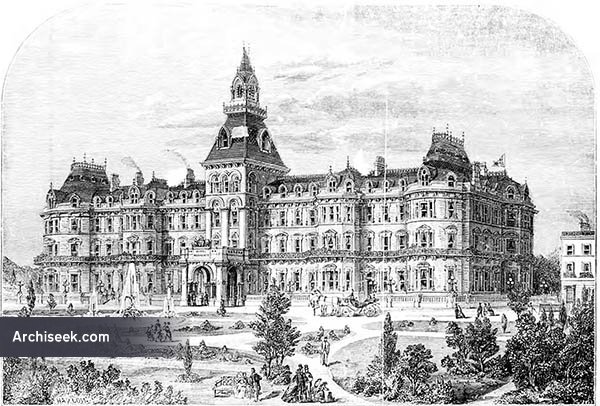 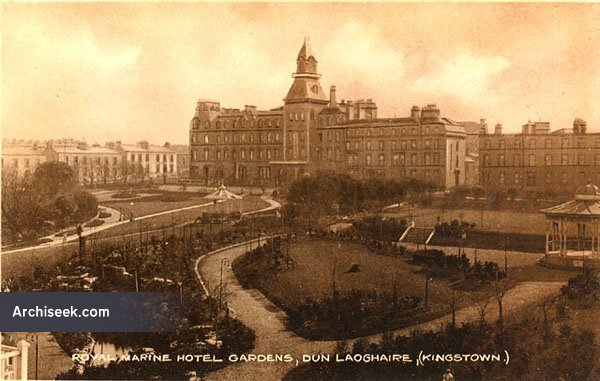 The Royal Marine Hotel as intended by architect John McCurdy. Sadly almost the entire right hand wing was never constructed as illustrated. In later years, the dome and mansard roof were removed and a modern flat roof and extra floor added. These were later removed, and the building extended upwards to four floors with the addition of a new mansard roof and extra storey to the tower.