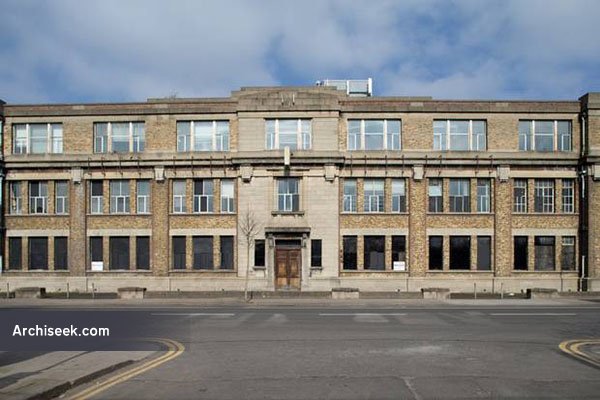 Built in 1935 as a factory for Player Wills tobacco, the building remained in use until manufacturing moved out of Ireland in 2005. The nine-bay building is finished in yellow-brown brick and cement render with a substantial entablature between the second and third floors.

Empty for many years, the building has been used for markets and for filming. Several development plans have been unveiled to much fanfare over the years but have come to naught.