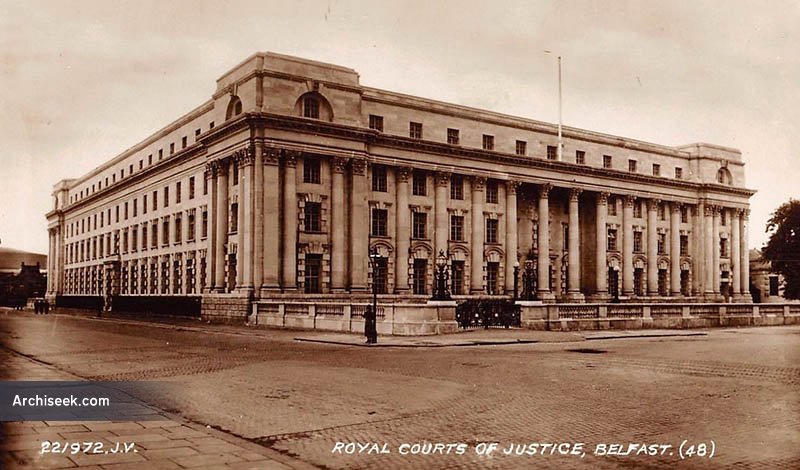 Large courts building constructed after the partition of Ireland to act as the top law courts in the new state of Northern Ireland. Constructed between 1928 and 1933 by James Grey West and Richard J. Allison, both English architects at the government Office of Works. Eventually West would succeed Sir Richard Allison as chief architect in 1934.

Once surrounded by massive security screens to protect the building and its occupants during the troubles, the building has recently been restored, with a public space outside. It is anpther example of the Classical style by which the new state expressed itself in its public buildings. The Portland Stone facade is dominated by large Corinthian columns and 13 imposing bays, the central three of which are recessed to form a porch.

The central hall, 140 feet long and 30 feet high, is panelled in travertine marble; articulated with composite pilasters; and has a coffered ceiling