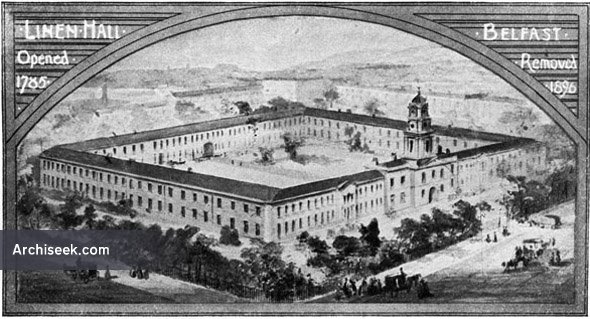 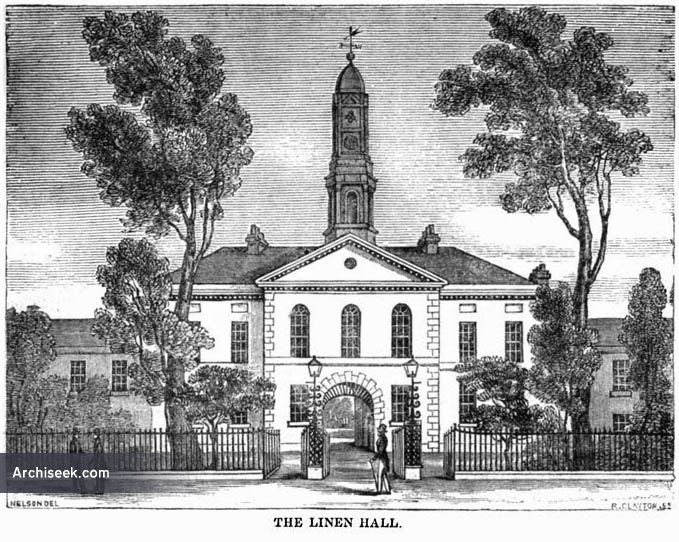 Large building with enclosed square for the selling of what was then Belfast’s most important product. Three relatively unadorned facades, with a central tower dominating the primary frontage. Demolished in 1896 to make way for the new City Hall.

Described in The Dublin Penny Journal, Views in Belfast (1833), as “An extensive range of building, situated in Donegal-square, completely surrounded by a handsome railing, on a low brick wall, coped with stone. The area between the railing and the building being tastefully planted with evergreens, and flowering shrubs, affords a most agreeable promenade for the inhabitants at all seasons. The interior of the building is fitted up with different offices and rooms for the factors, and is particularly well calculated for the purposes for which it was designed.” 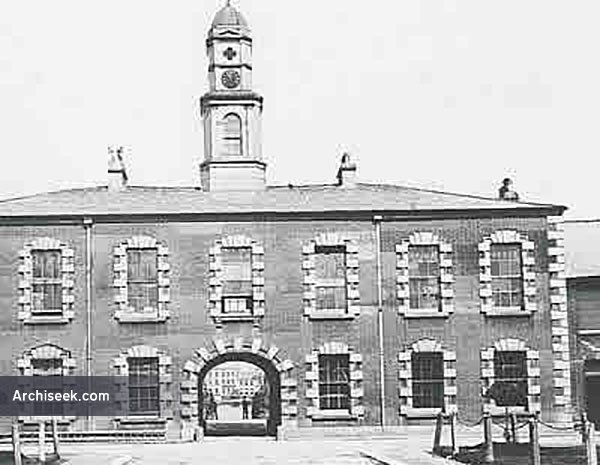 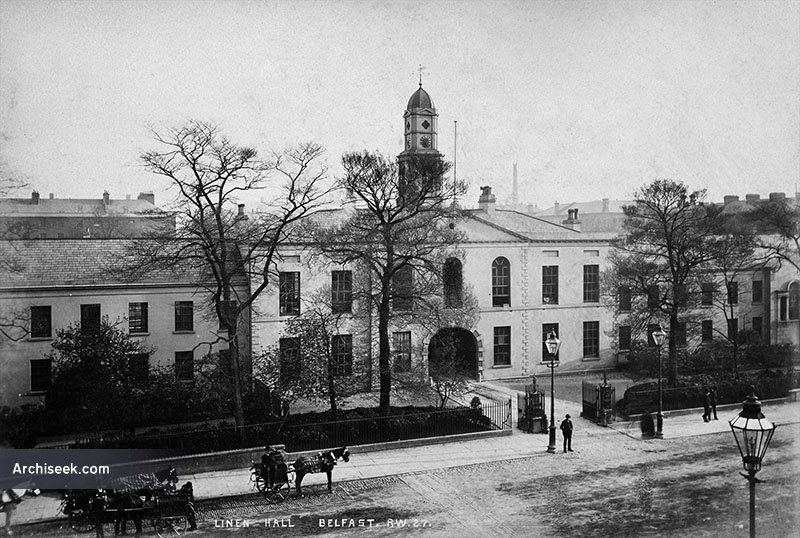 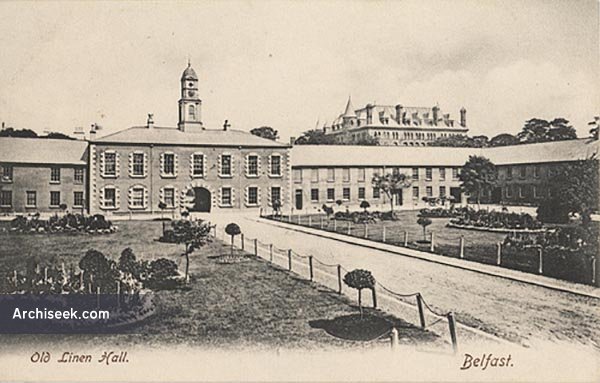 Described in Tours in Ulster a hand-book to the antiquities and scenery of the north of Ireland., published in 1854. “This building is the most characteristic of the genius of the people and the place. It is an extensive range of buildings, situate in the centre of Donegal square, filling the whole of its central area, and surrounded by a handsome iron railing, upon a low brick wall, coped with stone. The dullness of such a pile in the midst of the Square is gracefully relieved by ornamental planting of evergreens and flowering shrubs between the railings and the Hall, through which there is a beautiful promenade, much frequented by the inhabitants. It was erected in 1715, at the expense of 10,000, upon a piece of ground granted by Lord Donegal. It is a quadrangle, two stories high. The front elevation is some- what higher than the rest, and is ornamented with pediments, a tower, and spire. The interior is filled up with offices for the merchants and factors (a purpose for which it is well adapted). Formerly there was little business transacted here, as it was principally carried on by factors, who kept their offices in the Linen-Hall in Dublin. But recently the system is quite changed, and a most extensive trade is carried on upon the spot, in a way better calculated to serve the interests of the buyer and seller. It is in the centre room of this building that The Society for Promoting Knowledge hold their meetings. It has a noble library of 10,000 volumes, a cabinet of minerals, and several philosophical instruments. Meteorological observations are regularly made by the Librarian. It is under the management of a President, Vice- President, and Committee, chosen annually.”