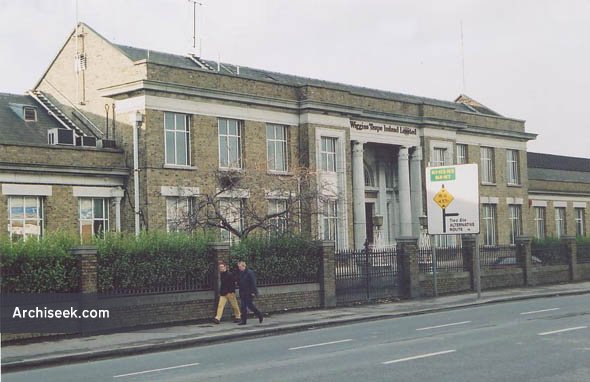 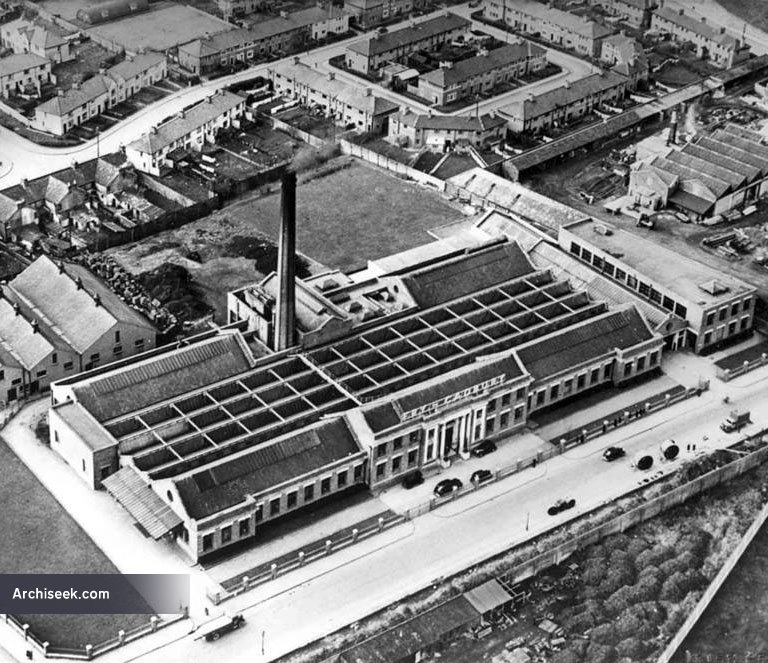 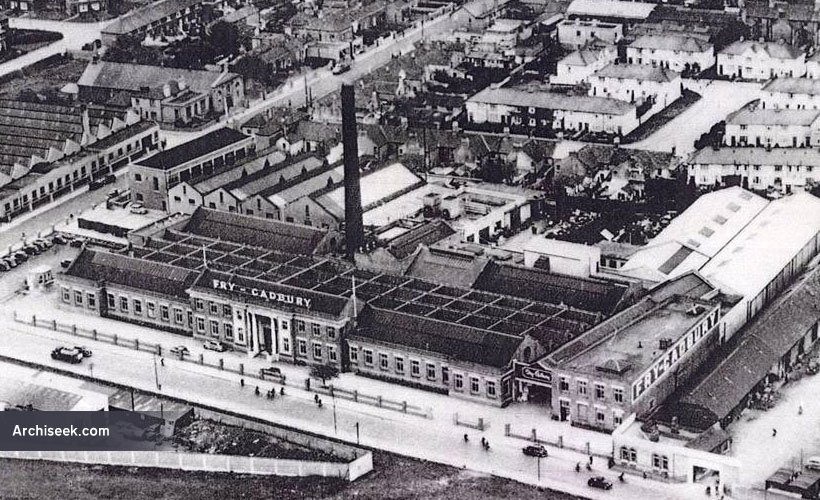 Originally a factory for Fry-Cadbury and later Wiggins Teape, this large 1930s complex was demolished in 2001. The architect was John Stevenson (1890-1950) of Samuel Stevenson & Sons, Belfast. Originally built in 1931 for the Gallaher Tobacco Company, for whom the architects had worked in Belfast. It was originally named Virginia House, but the changing economic conditions of the 1930s meant a transfer of ownership to Fry Cadbury, who renamed it Alexanda House. The building was acquired by Wiggins Teape in 1965 and renamed Gateway House.

The facade to East Wall Road included one of the earliest known uses here of reconstituted stone. Stevenson was also steeped in classical architecture and this is evident in the skillful massing, composition and detail of the facade – the design of which, it appears, may even have been ordered by the use of regulating lines or proportioning systems.

In 2001 Gateway house was demolished in controversial circumstances. In 2000, Dublin Corporation had given Collen Group the go-ahead to redevelop the site for offices with the exception of part of the central portico. After an appeal, An Bord Pleanála agreed that the factory was of architectural and historical significance, and thus should be retained. Just three days after An Bord Pleanála’s ruling, bulldozers destroyed the building early one morning.