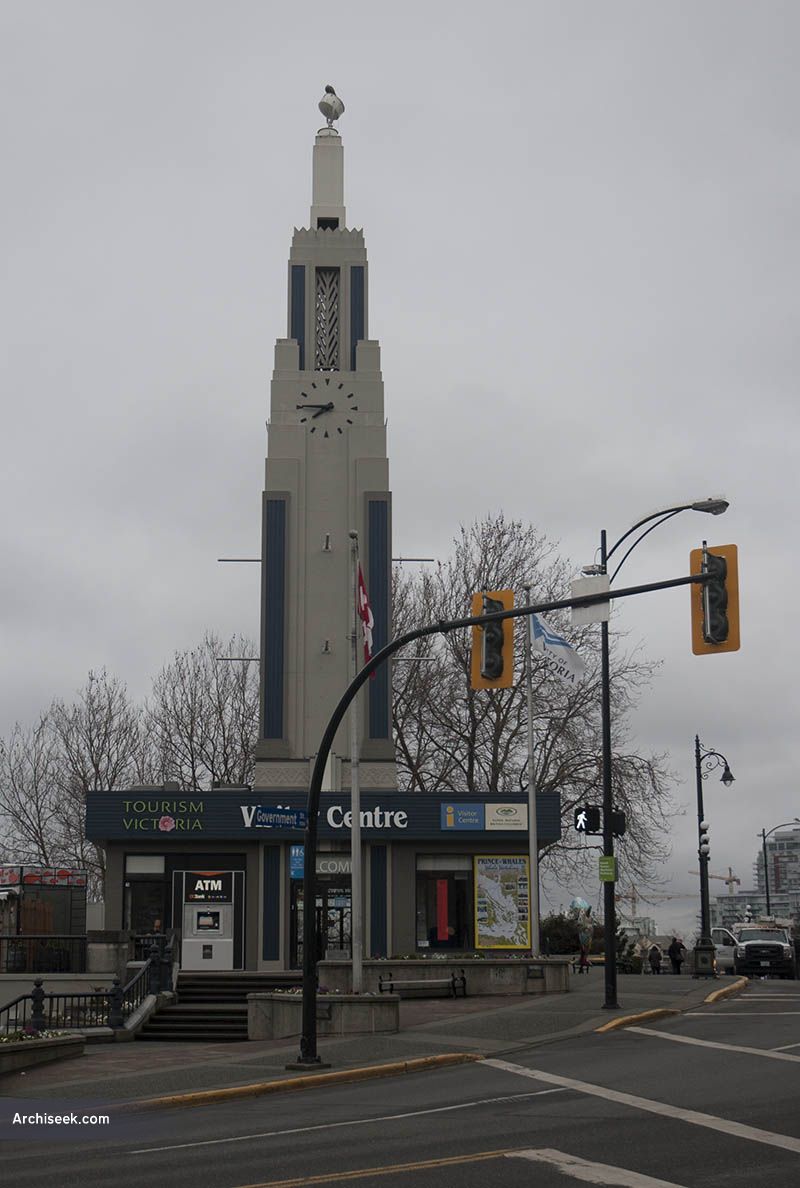 During the late 1920s, Imperial Oil was massively expanding its operations through British Columbia, with Townley & Matheson acting as the Company’s architects. This was the flagship of a number of service stations that Imperial Oil built in the Victoria area. It opened on June 19, 1931 and functioned over three levels. The lower two levels were reached by a ramp wide enough to accommodate two vehicles abreast, and housed repair stations with a total capacity of 120 cars. The gas station and pumps were located at street level, at the base of the tower. Additional facilities were provided for boat moorage, and a wharf for the ferry to Seattle was later built at this location.

The eighty-foot tower is valued as a symbol of Victoria’s enthusiasm for the new age of aviation. At the time, there were plans to turn the Inner Harbour into a seaplane landing facility, and it was confidently predicted that aerial transport would supersede surface transport in the future. As a result a ten million candlepower unit was installed on top of the Causeway Tower in anticipation of increasing seaplane traffic.