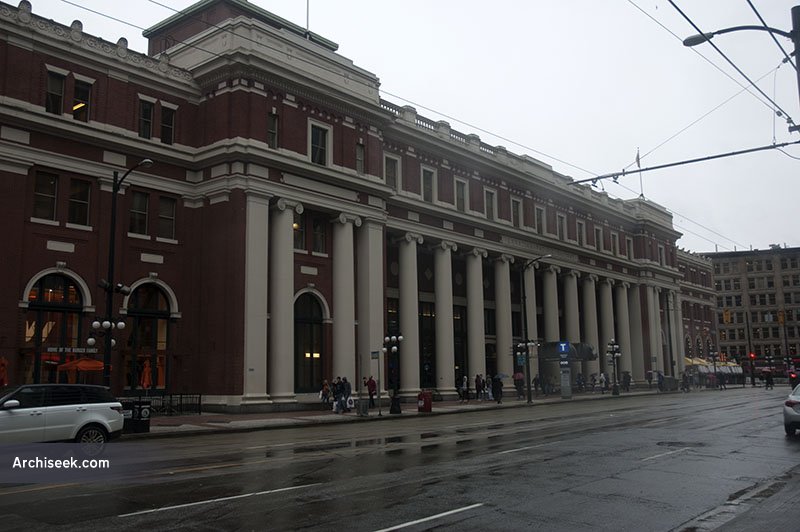 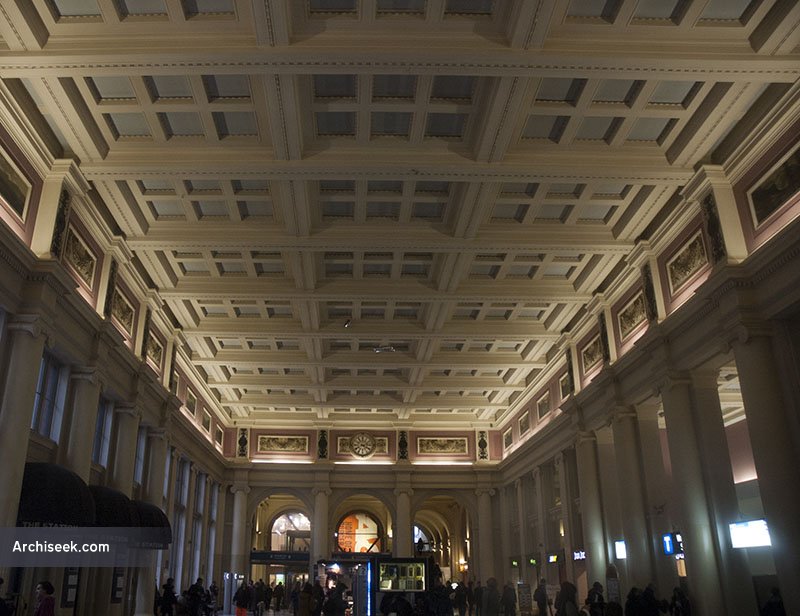 Now known as Waterfront station, this was originally the Pacific terminus for the CPR’s transcontinental passenger trains to Montreal and Toronto. The previous CPR station was located one block west, at the foot of Granville, and unlike the current classical-styled Waterfront station was built in “railway gothic” like the CPR’s many railway hotels. Converted into a into a public intermodal transit facility in the late 1970s when Via Rail consolidated its Vancouver operations at the CN station, now called Pacific Central station.

Designed in a neoclassical style, with a symmetrical red-brick facade dominated by a row of smooth, white ionic columns. The ionic columns are repeated in the grand interior hall, flanking the perimeter of the space. The main hall features two large clocks facing each other high on the east and west walls. Paintings depicting various scenic Canadian landscapes line the walls above the columns.